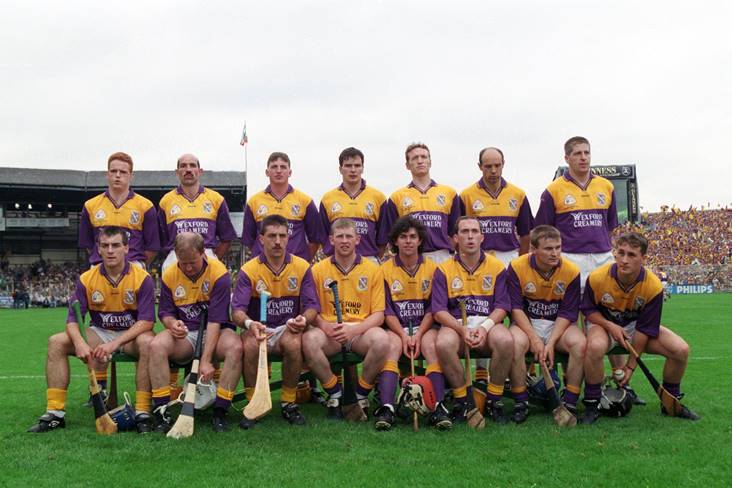 Wexford's 1996 All-Ireland SHC heroes were presented to the crowd during half-time of the county SHC final.

Liam Griffin's men were crowned Liam MacCarthy Cup champions for the first time in 28 years when beating a fancied Limerick side 1-13 to 0-14 in a memorable final, with Tom Dempsey scoring the crucial goal.

Traditionally, the jubilee team is honoured 25 years on from their triumph on All-Ireland final day where the players would be welcomed onto the pitch at Croke Park.

However, the 1996 All-Ireland winning Wexford side were not celebrated in the traditional fashion at this year's All-Ireland SHC final.

Due to the ongoing Covid-19 restrictions, they were instead represented by team captain Martin Storey who brought the Liam McCarthy Cup to the plinth on the pitch before the decider between Limerick and Cork.

But it was lovely to see all of Wexford's 1996 heroes that had the county Dancing at the Crossroads recognised at Chadwicks Wexford Park this afternoon.

A glorious day to honour the heroic men of 1996. Huge applause and affection shown by the crowd to them all. Laochra iontacha!! pic.twitter.com/shcCpJ3czn