Monaghan's Conor McManus holds off the challenge of Conor McGill of Meath. ©INPHO.

Jordan Morris came off the bench in Clones to score 0-7, including a last-gasp equaliser, as an already relegated Meath secured a share of the spoils with Monaghan, who retain their Division 1 status thanks to Tyrone's victory over Mayo.

The draw ended a run of six defeats for the Royals in the top flight, while the Farney men's thoughts now turn to their Ulster SFC preliminary round clash with neighbours Cavan at the same venue in a week's time.

Andy McEntee's charges looked set to end the campaign point-less after they fell six points behind early on, but with Morris making a huge impact following his 24th minute introduction, they fought back to snatch a draw which will boost their confidence ahead of a Leinster SFC quarter-final against either Wicklow or Wexford in a fortnight's time.

With the spectre of relegation hanging over them, Monaghan's need was greater and they showed that in the opening eight minutes when points from Conor McCarthy, Conor McManus - who top-scored with 1-8 - and goalkeeper Rory Beggan (from a long-range free) were followed by the opening goal from Michael Bannigan after McManus and Ryan McAnespie had been involved in the build-up.

McManus extended the hosts' lead to 1-4 to 0-1 after 18 minutes, but Meath eventually settled and outscored them by 0-6 to 0-3 in the second quarter to trail by 0-7 to 1-7 at the interval. Despite losing Cillian O'Sullivan, who came off worst following a collision with Darren Hughes, the visitors clawed their way back into contention through scores from Ronan Jones (two), Jason Scully and Shane Walsh. 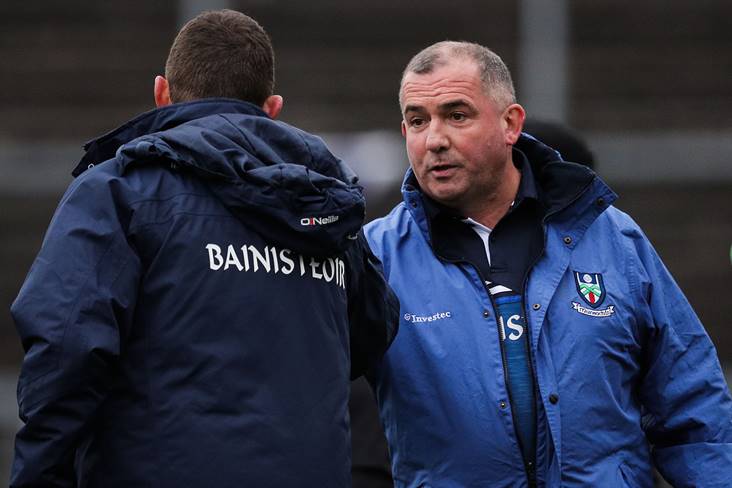 The momentum remained with the Royals after the restart who reduced the deficit to the minimum with a pair of Morris points before a palmed Bryan Menton goal in the 47th minute propelled them into 1-9 to 1-7 lead.

The sides traded three more points before McManus netted in the 61st minute to put Seamus McEnaney's men back in front.

But Meath finished the stronger with points from substitute Joey Wallace and Thomas O'Reilly being followed by three in-a-row from the Nobber super-sub.