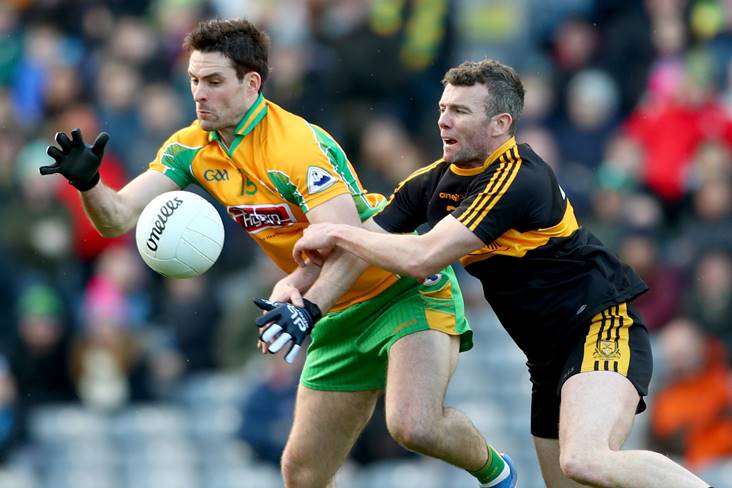 Corofin forward Michael Farragher says he‘s fortunate to play in a gifted generation at the north Galway club as they go in search of a fourth straight Connacht crown this weekend.

Corofin claimed their seventh successive Galway county title when they beat Tuam Stars after a replay earlier this month.

They returned to St Jarlath’s Park for a narrow 1-10 to 0-11 victory over Mayo’s Ballintubber on 10 November.

And the 29-year-old former Galway attacker believes the club have never had it so good with dreams of a third All-Ireland in-a-row still very much alive.

“Seven-in-a-row in the county was unbelievable,” said Farragher.

“We are blessed at the minute and long may it last.”

Corofin’s unbeaten run in Galway now stretches to 45 games while they have defeated St Brigid’s, Castlebar Mitchels and Ballintubber in the last three provincial deciders.

And Farragher knows his manager Kevin O’Brien has an extremely strong bench to call on if needed.

“We came up against a savage Ballintubber team and we were delighted to get over the line,” said Farragher.

“We are blessed with the lads that are able to come off the bench. They are county standard. We are delighted with the panel we have and hopefully they can help us claim another Connacht title, please God.

“It is exciting to be involved, unreal. We are looking forward to the challenge in the final.”