New York GAA could be in hot water with authorities after a picture emerged showing crowds of spectators at last Sunday's county SFC final in the Bronx.

On an historic day at Gaelic Park, St Barnabas defeated reigning champions Sligo to become the first team made up of all American-born players to win the senior football title. 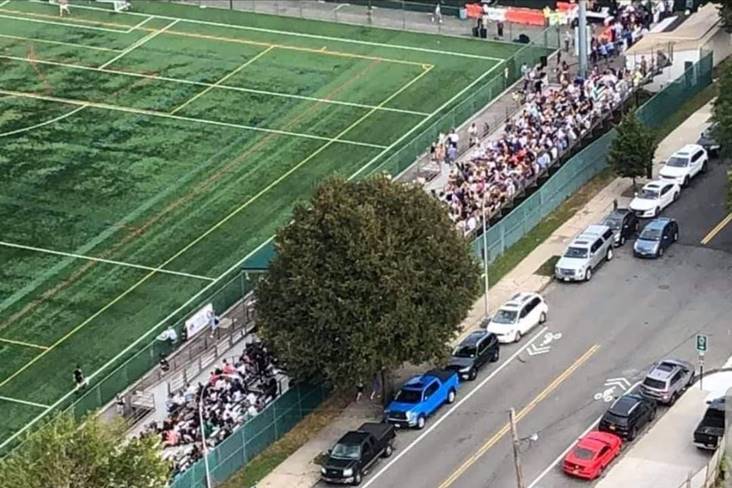