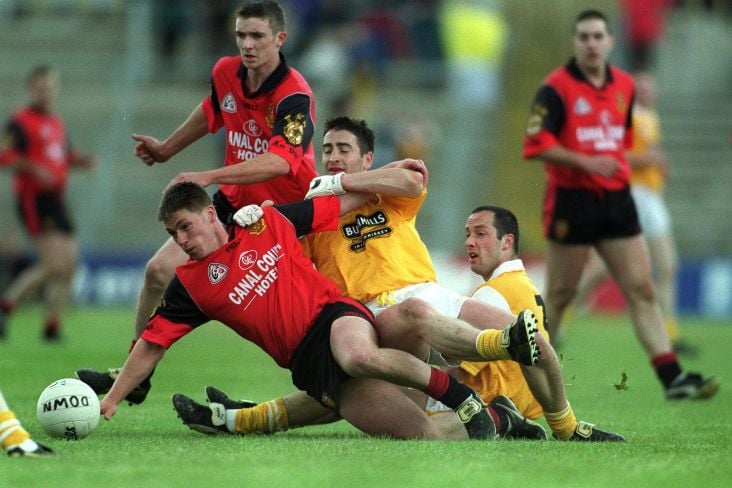 Today, May 28th, is the 20th anniversary of Antrim’s famous Ulster SFC victory over Down at Casement Park.

To mark the occasion, Jerome Quinn talks to manager Brian White and captain Anto Finnegan about the freakish thunderstorm weather during the game, the inspirational appearance of Dessie Reynolds in the dressing-room before the game, the two Gregory McCartan penalties and the legacy left from the ending of Antrim’s 18-year drought in the Championship.

The interview is part of a Zoomcast Series from Antrim GAA, available on their YouTube channel and Facebook.