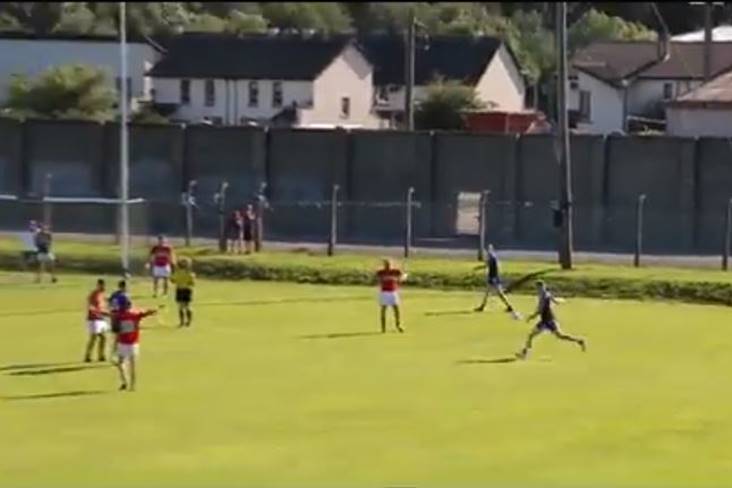 There was late drama in yesterday's Wicklow SFC clash between Rathnew and Blessington at the county grounds as the latter had an equalising 'point' waved wide at the end of extra time.

David Boothman, who kicked the levelling point to send the game to extra time, had the chance to draw his side level once more in the dying seconds but his debatable attempt was signalled wide by the umpires. Despite the protests of Blessington players, the controversial call stood and Rathnew won 2-20 to 2-19 to advance to the quarter-finals.

Point, or no point? Late, late drama as David Boothman's free to save Blessington in extra-time of their SFC battle with Rathnew is waved wide in Aughrim yesterday (Saturday). pic.twitter.com/ydrcbeee6l