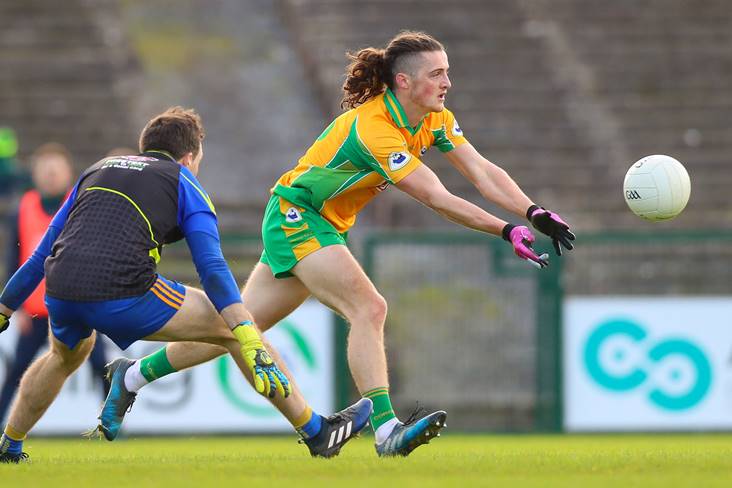 Corofin's Kieran Molloy gets his pass away. ©INPHO/Tommy Dickson.

The GAA's most distinctive pony-tail has got the chop...

For the shear fun of it, Corofin's Kieran Molloy got his long mop of hair cut during the All-Ireland club SFC three-in-a-row celebrations this week.

Molloy's flowing locks were five years in the making after the flying half back grew his hair out for a bet!