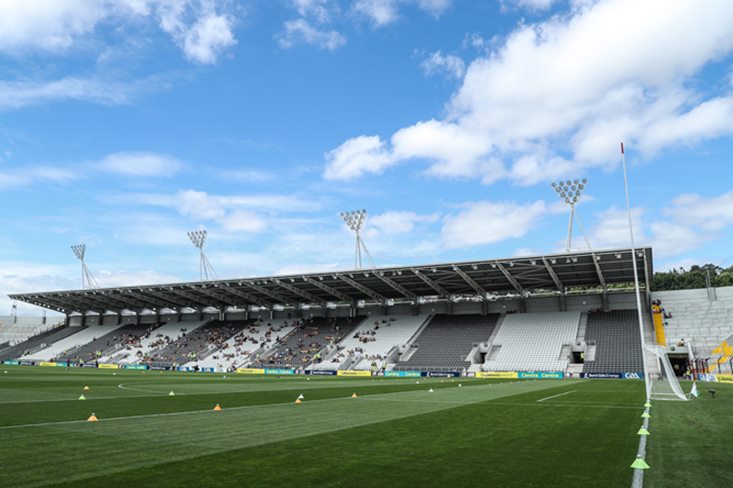 Cork will open the defence of their Lidl Ladies National Football League Division 1 title with an historic fixture against Westmeath at Páirc Uí Chaoimh on Saturday, January 25.

Ephie Fitzgerald’s TG4 Munster Senior champions will lock horns with the Lake County at the fabled Leeside venue, with a 4pm throw-in time, as they begin the quest to retain the crown won against Galway at Parnell Park last May.

For the very first time, the Cork Ladies Footballers will get the opportunity to play a competitive fixture at Páirc Uí Chaoimh – and it will also be the first time at the venue that they will line out in a ‘double-header’ alongside their male counterparts, who will take on Offaly in Division 3 of the Allianz League at 6pm.

The Cork Ladies had been pencilled in for two games at Páirc Uí Chaoimh during the 2019 Lidl National League campaign but the ground was later made unavailable due to necessary remedial work.

The double-headers did take place at Páirc Uí Rinn but the time has now come for the Cork Ladies to finally display their talents on the county’s biggest stage.

Cork are 12-time Lidl NFL Division 1 champions, and will commence their 2020 campaign against Westmeath, before travelling to Munster rivals Tipperary a week later for a dress rehearsal ahead of the TG4 Munster semi-final between the counties, scheduled for the weekend of May 30/31.

Speaking on behalf of Cork GAA, Chairperson Tracey Kennedy said: “Cork County Board is delighted to be able to facilitate this double-header at Páirc Uí Chaoimh.

“It’s a very special occasion, as these will be the first inter-county games played on the new pitch surface, and it’s wonderful to have both our men’s and women’s teams involved. I look forward to many more of these double-headers in the future.”

“So many great players down through the years never played in their own main stadium, and it was a thorn for them.

“I always knew that change would come, especially when Tracey (Kennedy) became (Cork GAA) Chairperson, and I’m delighted that it has come to pass.

“The girls will be absolutely thrilled to play there on the 25th, especially in such a new stadium.”

Speaking on behalf of the Cork Ladies Senior Football panel, captain Doireann O’Sullivan commented: “First of all, it’s a huge stepping stone for us, and with that bit of history as well.

“Everybody was disappointed when that was unfortunately, and through nobody’s fault, taken away from us last year.

“We’re really looking forward to it and when you think of the great players who went before us who didn’t have this opportunity, we’re really lucky.

“There’s the added bonus that it’s a double-header and hopefully there will be a good crowd at it.

“It’s a stepping stone for Ladies Football and for Cork as well. We’re delighted with it.”

Helen O’Rourke, CEO of the Ladies Gaelic Football Association, added: “This is wonderful and timely news for the Cork Ladies Footballers, who have won numerous honours in recent years and remain one of the top teams in our game.

“On behalf of the LGFA, I would like to thank Cork LGFA and Cork GAA for their hard work in ensuring that their Ladies Footballers have such a fabulous venue in which to display their talents.

“Cork are the reigning Lidl National League Division 1 champions and among the front-runners for ultimate glory again when the Leagues conclude in April.”