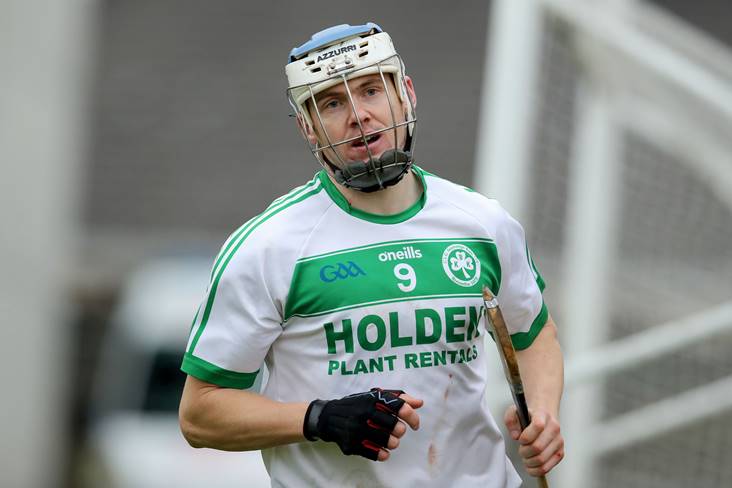 The Kilkenny captain notched 1-12 from placed balls (1-0 penalty, 0-11 frees and 0-1 sideline) as the reigning All-Ireland champions set up a showdown with the winners of tomorrow's second semi-final between Rathdowney-Erill and St Mullins in a fortnight's time. Ballyhale will go into that final as the hottest of favourites to land their 10th provincial title.

Picking up from where he left off against Clonkill whom he scored 3-4 against, Cody goaled inside 20 seconds before points from TJ Reid (free) and Richie Reid extended Ballyhale's lead to 1-3 to 0-0. Jake Firman and Jack O'Connor were the only St Martin's players to score from play in an opening half which the winners dominated. Reid finished the half with 1-8 to his name - the goal coming from a 26th minute penalty following a foul on Colin Fennelly. Ballyhale's Colin Fennelly is hauled down for a penalty. ©INPHO/Bryan Keane.

Fennelly won another penalty a minute later, but this time Reid was off target. However, Ballyhale still went into the break with a commanding 2-12 to 0-7 lead.

Things went from bad to worse for the Wexford champions after the restart. Despite welcoming back Young Hurler of the Year nominee Rory O'Connor from suspension, they continued to play second fiddle and were a beaten docket when Eoin Reid and Colin Fennelly scored two goals in the space of a minute at the end of the third quarter.

TJ Reid had St Martin's 'keeper Luke White picking the ball out of his net for a fifth time in the 48th minute before Michael Codd managed a consolation goal for the losers in injury-time.