East Kerry produced a clinical second-half performance to retain their Kerry SFC crown with a comfortable victory over Mid Kerry at Austin Stack Park this evening.

The holders held a 0-9 to 0-7 lead at half-time before county captain David Clifford and his full-forward line sidekick Darragh Roche blasted home a pair of goals on the restart to put daylight between the two sides. Man-of-the-match Clifford, who missed the semi-final because of suspension, scored 1-4 and Glenfesk star Roche registered 1-3.

Mid Kerry were well in the contest at the break and perhaps should have been level with Liam Carey and Fiachra Clifford guilty of some missed chances. Peter O''Sullivan's side amassed eight wides in the opening 30 minutes including a goal attempt by Ronan Murphy. 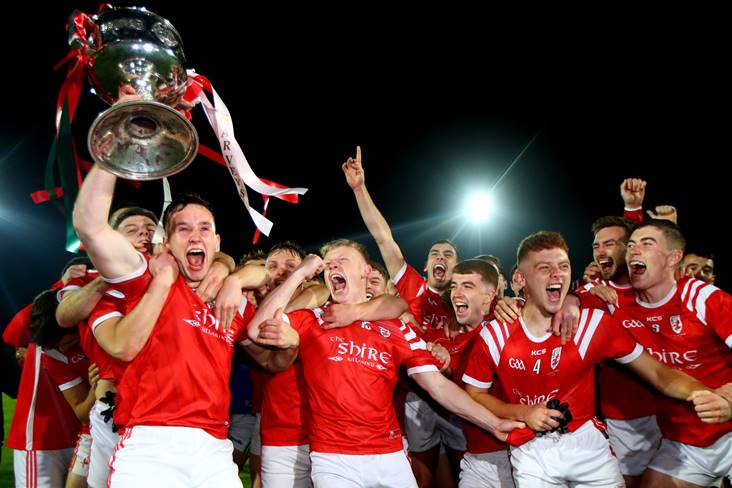 East Kerry opened up a 0-6 to 0-3 lead at the first water break, following Clifford's second point, but a brace of Liam Carey frees had the margin down to one. This was quickly cancelled out by another Clifford white flag as Carey's fifth free finished out the first-half scoring.

Then the game was turned on its head in eight second-half minutes, Clifford unleashed an unstoppable shot to the roof of Stephen Cahillane's net and Roche quickly followed up with the second major. Mid Kerry were left shell-shocked and had to wait until the 56th minute for their opening score of the half.