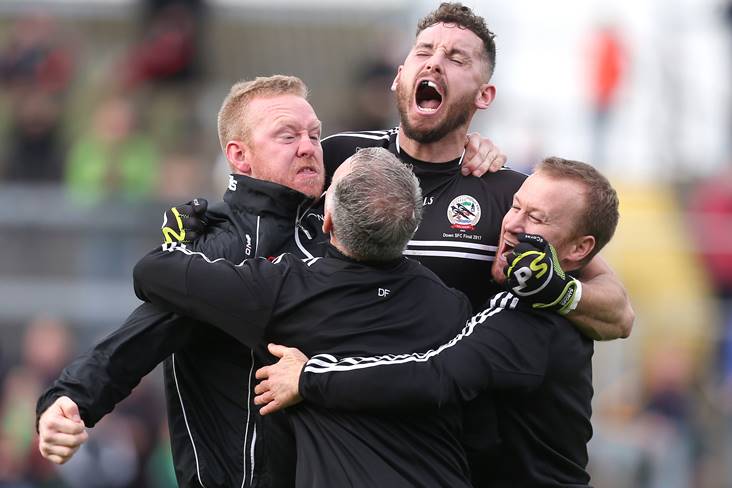 Kilcoo are going for a record seventh consecutive Down SFC title, they face Burren at Pairc Esler this afternoon. ©INPHO/Matt Mackey.

Kilcoo coach Conleith Gilligan will be plotting against former charges on Sunday week when the Down champions take on Naomh Conaill in the Ulster club SFC final.

Gilligan was a coach with the Glenties club in 2010 when he worked under Cathal Corey and says he has “always had a soft spot” for them ever since.

"I'd have a very soft spot for Naomh Conaill, for Leo and those boys," the former Derry star told the Belfast Telegraph.

“Whenever they were playing anywhere else, I'd always have been watching out for them and always had a soft spot."