Flanagan keeps his head … just about 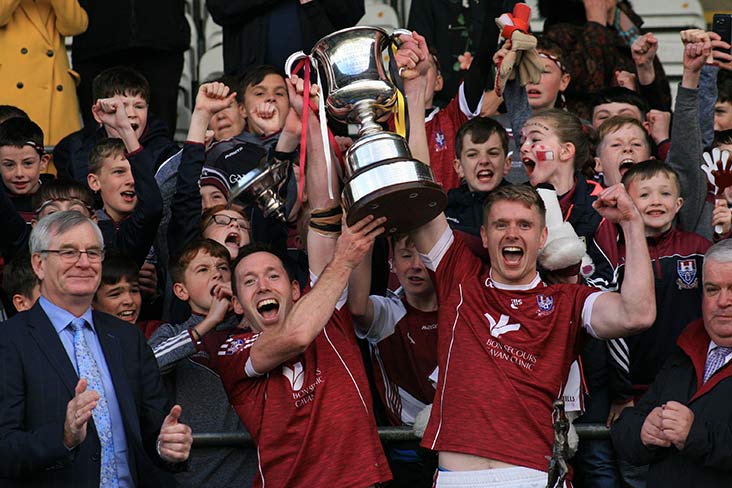 There were a lot of sore heads in Castlerahan on Monday morning but joint-captain Ronan Flanagan's might have been the worst of all!

After the Castlerahan men defeated Ramor United by 1-9 to 0-10 at Breffni Park on Sunday to retain the Cavan SFC, Flanagan and injured co-captain David Wright collected the silverware.

As the duo raised the Oliver Plunkett Cup aloft, the lid flew off and struck the Castlerahan full forward on top of the head. Flanagan barely flinched – who cares about near-decapitation on such a historic day?

Keep your eyes on the prize?👀
No pain, no gain?💪
Keeping a lid on their celebrations?🏆