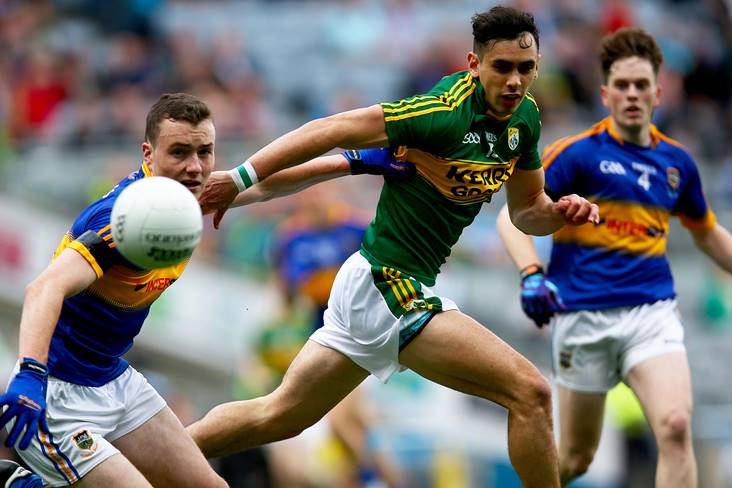 Mike Foley in action for Kerry against Tipperary.

A Kerry club footballer was celebrating on the double yesterday after helping his team to a place in the county SFC semi-finals and winning big on Winning Streak.

Mike Foley featured for East Kerry as they saw off Dingle by 1-23 to 1-11 at Austin Stack Park to set up a penultimate round meeting with fellow divisional side St Brendan's. The Spa clubman and former All-Ireland minor winner had opted to play the game rather than travel to RTE's Donnybrook studios to take part in Winning Streak. Instead, his London-based sister Melissa represented him and ended up winning €42,000.

It was something of a Foley family takeover on RTÉ last night as the East Kerry v Dingle game was broadcast on RTÉ Two at the same time as Winning Streak - which was pre-recorded yesterday afternoon - was shown on RTÉ One.