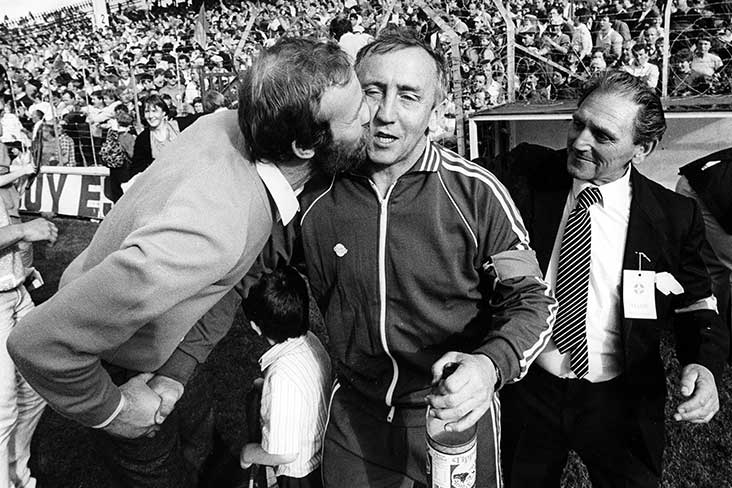 Tonight saw the first airing of 'Seán', a brand new documentary telling the life story of the legendary Seán Boylan and how he became one of the most successful managers in GAA history, guiding Meath for 23 years throughout the 1980's and 90's and leading the Royals to four All-Ireland SFC titles along the way.

Sean Boylan in the top two greatest men I have ever met. Everyone told me I was f**ked and going to miss one of biggest matches of my life. Rang Sean he says I’ll see you in the morning. #playedthematch #won🏁 #magicdust #legend

When ya walk down the corridor of a hotel to your room , and as you pass other rooms and all you can hear is TV on with Sean Boylan playing loudly , ya gotten Love GAA away from home !!!.

Legend is sometimes a word bandied around loosely but #SeanBoylan is one of those. He gave us #MeathGAA supporters so many happy days

If you think this Meath woman is watching the documentary on @rte about Sean Boylan....... you’d be right. The man is a fricking legend and is my childhood

Sean Boylan - One of the greatest GAA men and an absolute gent.

How many pearls of wisdom will this man deliver tonight? #GAA #SeanBoylan pic.twitter.com/oZ01iDH03K

Loving this documentary so far. A man of integrity and honesty.#SeanBoylan 💚💛 https://t.co/jNHir46dTt

Not even 1/4 way thru...but this Sean Boylan doc is class. What a man #sean #boylan #meathgaa

My Dubs-mad dad went to Sean Boylan many years ago for some remedies. Sean said it was all on the house if he switched allegiances to Meath. Dad declined but Boylan refused to charge him anyway. We love Sean Boylan ❤️

As a kerryman, Micko will always be the greatest, but i have massive respect for Sean Boylan and what he achieved with Meath. Loved the way that team played the game. One of the greats for sure 😀🙌🏐 #sean

Seán Boylan built great teams and great men and showed his grit and strength in his biggest battle. A proud family man and a man of the community.

Boylan is a #GAA icon. pic.twitter.com/FZnFw1TwNf

My Dad would have been more reserved but Boylan surely made him feel the same many times too. You can’t repay that pic.twitter.com/vvXsFxcpBp

What a brilliant man Sean Boylan is. An absolute privilege to have looked back on my career and to have been managed by him for Ireland 🇮🇪 An inspirational manager that had an unbelievable presence in a dressing room #Sean

Thank you @rte for the Sean Boylan documentary. Powerful stuff#Sean