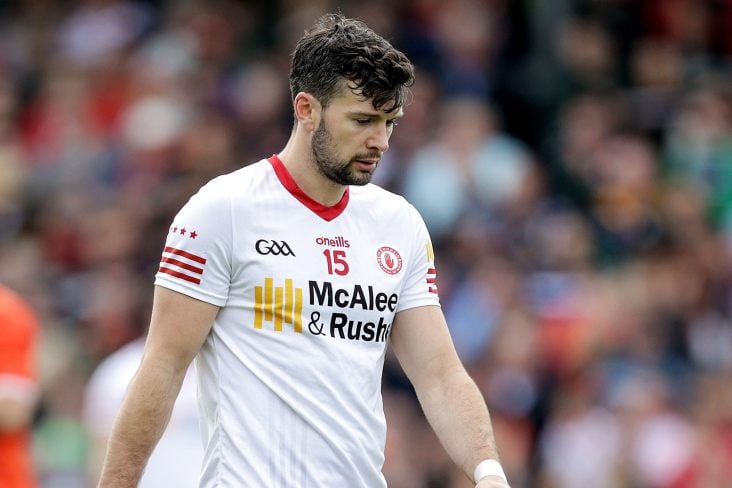 Tyrone ace Conor McKenna is set to make a return to the AFL with Brisbane Lions, according to multiple reports.

McKenna left Australia in 2020 after having joined Melbourne-based Essendon as a teenager five years previous.

After returning home, the Eglish clubman helped Tyrone capture their fourth All-Ireland SFC title last year, scoring two goals in the semi-final victory over Kerry and setting-up Darren McCurry for the clinching goal in the 2-14 to 0-15 final win against Mayo.

It is understood that McKenna met with the Lions, Port Adelaide, St Kilda and his former club Essendon when he travelled Down Under for a visit last week.

The 26-year-old’s departure is set to be a major blow for the Red Hands after what was a disappointing 2022 season, which saw their defence of the Sam Maguire Cup ending in a first round qualifier defeat at the hands of neighbours Armagh.