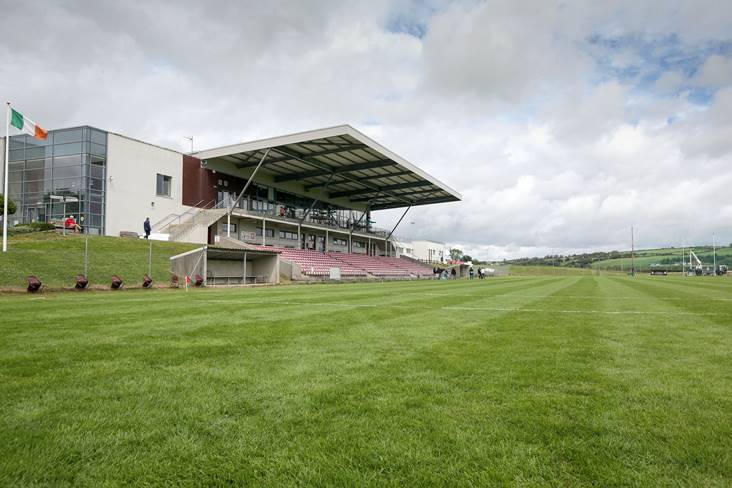 A view of the stand at Clonakilty GAA. ©INPHO/Laszlo Geczo.

Clonakilty GAA club is in mourning following the sudden passing of Padraigh Griffin.

Described as "probably the best player to have worn the Green and Red in recent times", Padraigh won Cork SFC medals with Clon' in 1996 and 2009, and also represented his county at senior level. A gifted forward, he was outstanding as the West Cork club ended a 44-year famine by beating UCC in the '96 final, and was also to the fore when they regained the Andy Scannell Cup in '09.

Padraigh is survived by his wife Debbie and young sons Alex and Jack.

"It's with a heavy heart and profound sadness that we learnt last evening of the passing of our great club hero Padraigh Griffin RIP," Clonakilty GAA said in a social media post.

"He was probably the best player to have worn the Green and Red in recent times, contributed so much to the Club during his entire playing career and truly was a Club legend.

"To Debbie, Jack and Alex, we extend our sincere sympathies. Our condolences also to Mark, the extended Griffin, Hurley and O'Donovan families and in particular to Helen. A Guard of Honour will be arranged and those participating are asked to wear Club colours."

It is with profound sadness that we learn of the passing of Padraigh Griffin from @clongaa. This most talented and unassuming person was so often the difference between victory and defeat for his beloved club . He was a member of the 1996 and 2009 county winning side. May he RIP pic.twitter.com/y5uGpqQBqo