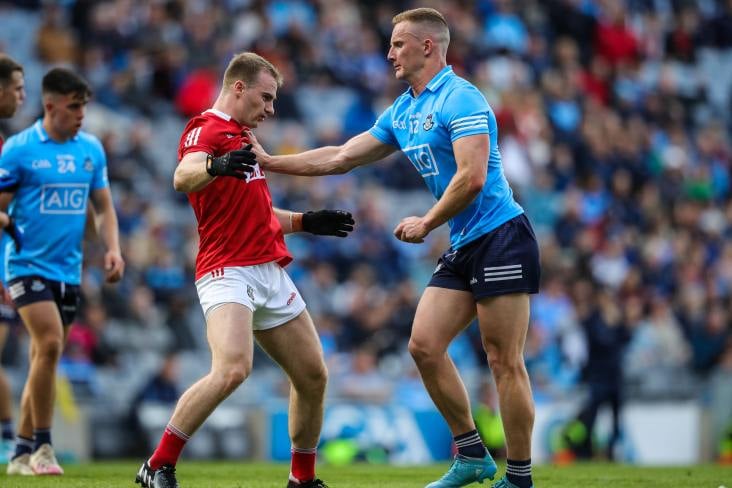 Dublin produced the goods in the second-half to see off Cork by 0-21 to 0-10 at Croke Park and advance to the All-Ireland SFC semi-finals.

The Leinster champions outscored the Rebels by 0-11 to 0-3 after the turnaround to seal their place in the last four against either Kerry or Mayo on July 10th.

Rank outsiders coming into this quarter-final showdown, Cork had put up a fight for the opening 35 minutes at headquarters as the points of Cathail O’Mahony, Steven Sherlock and Brian Hurley (2) kept them in touch with their opponents.

Dean Rock, who struck 0-10 (9 frees and 1 mark), sent the Dubs towards a 0-10 to 0-7 interval lead and a scoreless drought for John Cleary’s charges would extend 24 minutes until John O’Rourke broke their duck in the 55th minute.

By that stage, Dublin were already comfortably through as Rock’s frees were backed up by the points of Brian Fenton, Lee Gannon, Aaron Byrne and Ciaran Kilkenny to secure a 13th consecutive All-Ireland semi-final berth.