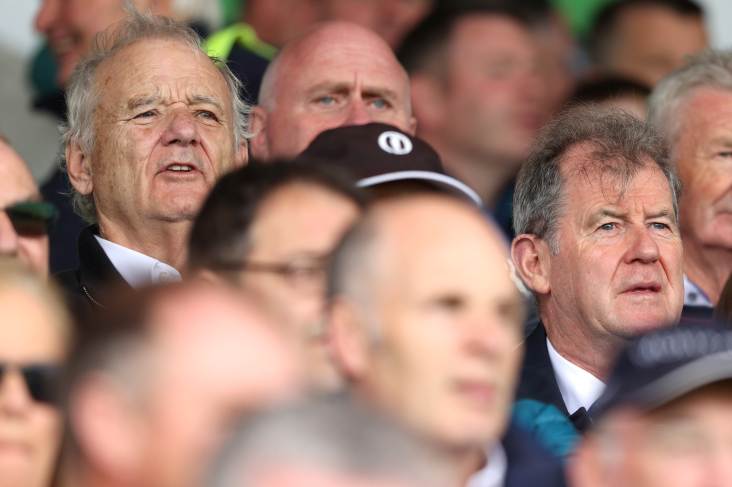 Murray, who is renowned for his roles in films such as Groundhog Day and Lost in Translation, was taking in the double-header clash at the Thurles venue (Wexford v Clare clashed in the second game) alongside businessman JP McManus.

McManus is hosting his Pro-Am golf tournament at Adare Manor on the weekend of July 4/5 and it is set to include some huge stars of the sport, including Tiger Woods, along with celebrities.

An avid golfer, Murray may well be joining the line-up after being spotted with the Limerick billionaire.

Who ya gonna call? Bill Murray is in the house, watching Cork v Galway at Semple with JP McManus.