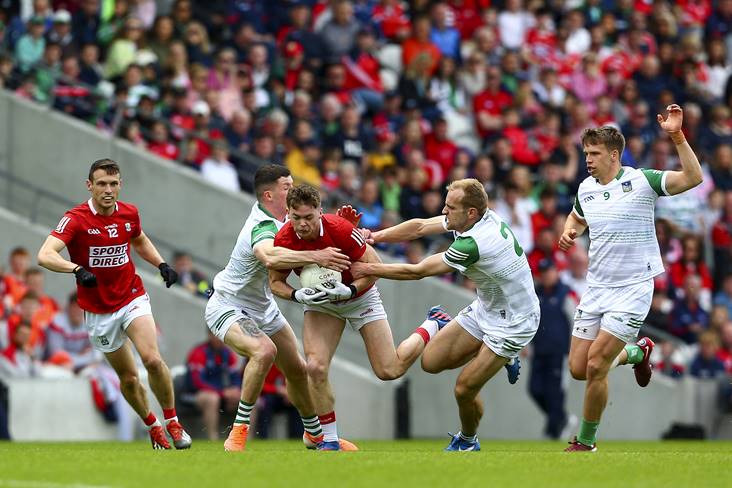 Cathail O'Mahony and Brian Hurley bagged crucial second-half goals as 14-man Cork battled their way to a 2-18 to 1-16 victory over a stubborn Limerick side to qualify for the All-Ireland SFC quarter-finals in two weeks' time.

Comprehensively beaten by neighbours Kerry in the Munster semi-final, the Rebels have reignited their 2022 championship season with two hard-earned qualifier wins against Louth and the Treaty County at home, seeing them into the last eight in the race for the Sam Maguire Cup.

Limerick, who trailed 0-8 to 0-7 at the interval and could have led at this stage but for some wasteful shooting in front of the posts, were kept right in contention by Brian Donovan's superbly taken goal in the 59th minute - followed by a fourth point from Adrian Enright - leaving two between the sides (1-15 to 1-13).

Cork were dealt a blow moments later when referee Jerome Henry sent off substitute Paul Walsh for two second yellow cards in the space of a few seconds but they settled themselves with a penalty that was tucked away by captain Hurley with five minutes of normal time remaining.

With the Munster rivals tied at 0-10 apiece, a black card for Limerick wing-back Gordon Brown in the 43rd minute proved another key moment as Cork were able to use their extra man to good effect, tagging on 1-3 without reply over the next 10 minutes, including the game's opening goal from O'Mahony.