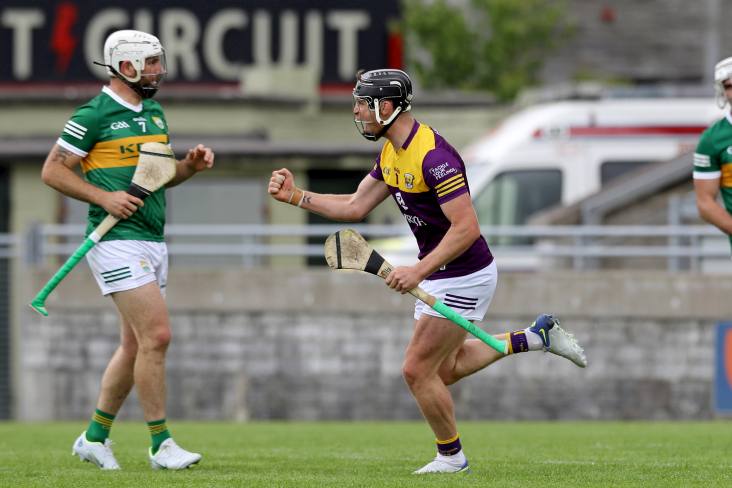 The GAA confirmed this afternoon that Galway will play Cork at 1.45pm at the Thurles venue before Clare face Darragh Egan’s Wexford side (throw-in 3.45pm).

The Rebels came through a tough battle against Antrim at Corrigan Park, where they had trailed by a point half-time, before going on to record a 3-27 to 2-19 victory.

Darragh Fitzgibbon saw his early goal for the visitors cancelled out by James McNaughton on six minutes before Conor Lehane netted in immediate reply for the Munster men.

Antrim stayed in touch however and Keelan Molloy’s goal in the 23rd minute saw them finish out the half strong to lead by 2-11 to 2-10 at the short whistle.

With Lehane to the fore for them, Cork held their nerve after the restart and opened up an eight-point lead prior to Seamus Harnedy firing to the net for them in injury-time to secure their passage to the last eight against the Tribesmen.

The Slayneysiders dominated large portions of the first-half to lead by 0-16 to 0-8 at the break and once Conor McDonald found the Kingdom’s net on 53 minutes it was over as a contest.

Rory O’Connor lashed in a second goal for Wexford 11 minutes later and Conor Hearne scrambled in their third two minutes after that to stamp their ticket in the last eight.