McCarthy says ban had no impact on Rebels' preparations 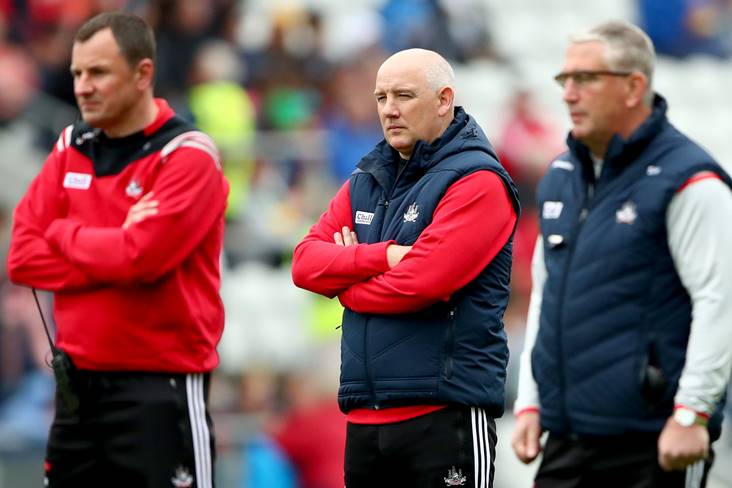 Cork football boss Ronan McCarthy says the 12-week ban handed down to him for his side’s training breach had no effect on the team.

McCarthy appealed against the ban after the Rebels were found have trained at Youghal Beach back in January, breaching Covid-19 restrictions, but he was back on the sideline for his side’s clash with Kildare this past Saturday in Thurles after the suspension elapsed.

The Leesiders fell to defeat against the Lilywhites and afterwards McCarthy dismissed suggestions that his suspension had an impact on the group.

"I am not going to talk about that now. I'll have something to say about that at a later stage. My focus is on the game today," he is quoted saying by Sky Sports.

"I think, to be fair, there is a very quick turnaround to the next game and I think people have to realise this was back in January, we have moved on from this months ago. And to some extent, it had no effect on the team at all. It was a personal suspension and is certainly not something I am going to be talking about today.

"Maybe at a later stage when we have some time on our hands we can have a more in-depth discussion on the mechanisms of the GAA disciplinary system."