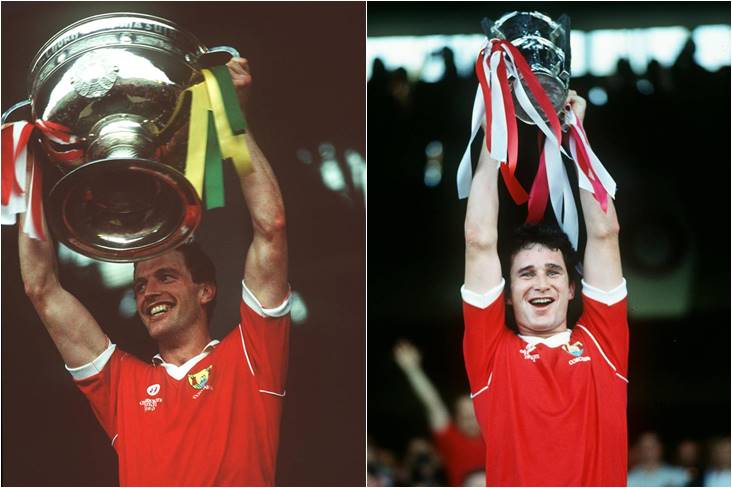 Cork claimed both the All-Ireland senior football and hurling championship titles in 1990.

The Liam McCarthy and Sam Maguire trophies were at Pairc Ui Chaoimh yesterday as Cork marked its 30th anniversary of achieving a historic All-Ireland hurling and football double.

On this day in 1990, the Rebels made history when they defeated Meath at Croke Park in the All-Ireland SFC final, capping off a magical double for the county after the hurlers had defeated Galway two weeks previous to bring home the Liam McCarthy Cup.

A feat that has not been emulated since; Cork are the only county in recent times to capture both trophies within the same year.

Both captains from that year Larry Tompkins and Tomás Mulcahy, along with Teddy McCarthy, who was the only man to play in both games, were on hand to meet Lord Mayor of Cork, Cllr Joe Kavanagh yesterday at Pairc Ui Chaoimh to help mark the occasion.

Today marks the 30th anniversary of Cork achieving the magical double in 1990. To mark the occasion both Liam and Sam paid a visit to @PaircUiCha0imh on Tuesday to meet up with some friends. https://t.co/sk42ZK6eGU pic.twitter.com/GstDpQv4gR