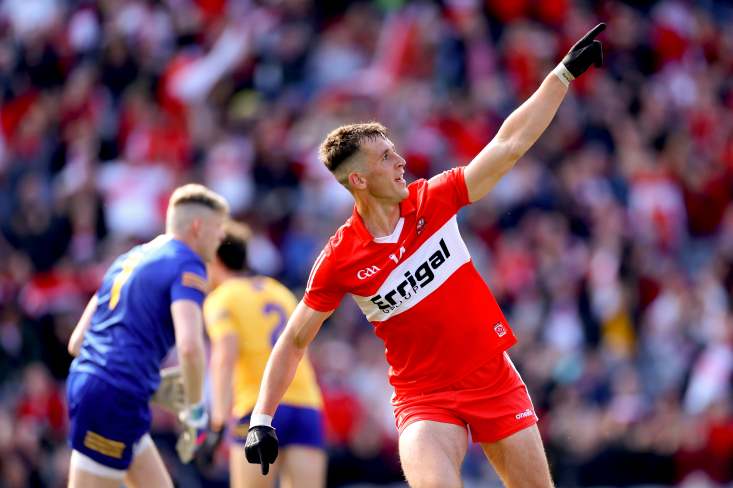 Derry struck five goals past Clare at Croke Park this afternoon to seal a place in the All-Ireland SFC semi-finals for the first time since 2004.

Benny Heron, Conor Glass and Paul Cassidy hammered in the first-half majors that saw the Ulster champions’ sizzling start rewarded as they were up by nine points (3-6 to 1-3) at half-time.

The game would be over as contest once Gareth McKinless drove through from deep with a blistering run to raise a fourth green flag for his side within four minutes of the restart.

Like team mate Pearse Lillis’ goal with three minutes remaining the first-half, Eoin Cleary’s strike in the 47th minute only served to take some tarnish off the score-line for the Banner men as they’d be cut open again seconds later.

This time, Shane McGuigan, who produced a ‘Man of the Match’ display with 1-8, provided the cool finish that sealed the deal for Derry as they are now just 70 minutes away from an All-Ireland final with either Galway or Armagh set to stand in their way two weeks from today.