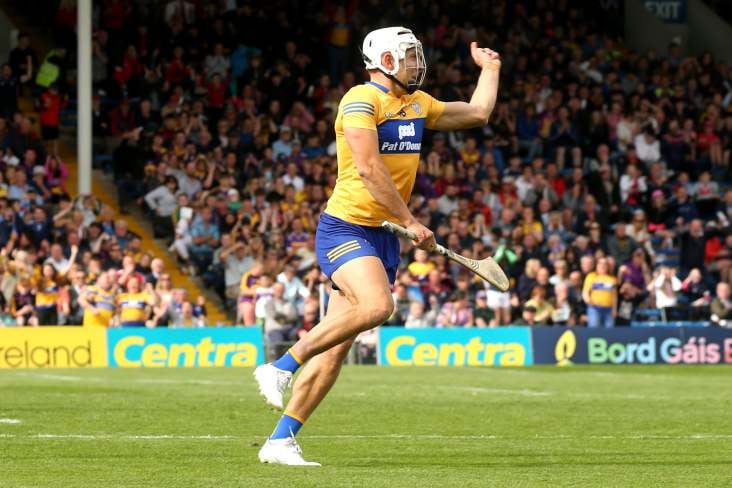 Clare rallied with an unanswered 1-5 in the closing 10 minutes to eclipse Wexford and usher themselves into the All-Ireland SHC semi-finals against Kilkenny.

It finished 1-24 to 3-14 at Semple Stadium, where Aron Shanagher weighed in with 1-2 off the bench for the Banner men including a crucial 67th minute goal which swung the pendulum their way.

Up to that point it was Wexford that had been doing the goal scoring, with Jack O’Connor netting them into the lead after just 25 seconds in Thurles.

Brian Lohan’s men recovered from the early blow to go in level at half-time (0-10 to 1-7) and pair of Diarmuid Ryan points had them up by two early in the restart.

Lee Chin narrowed it back a one-point margin before pouncing for two goals in three minutes that rocked the Banner men and saw the Slaneysiders go on to take a six-point lead.

Shane O’Donnell made it a one-point game (3-13 to 0-20) before Shanagher made the most of a scramble for possession in the Wexford square and drove the sliotar along the ground to the corner of the net.

After that, points from Tony Kelly (2), Meehan and Shanagher would be enough to cement the Munster side’s semi-final berth against Kilkenny on July 3rd.