Collins couldn't be prouder of his players 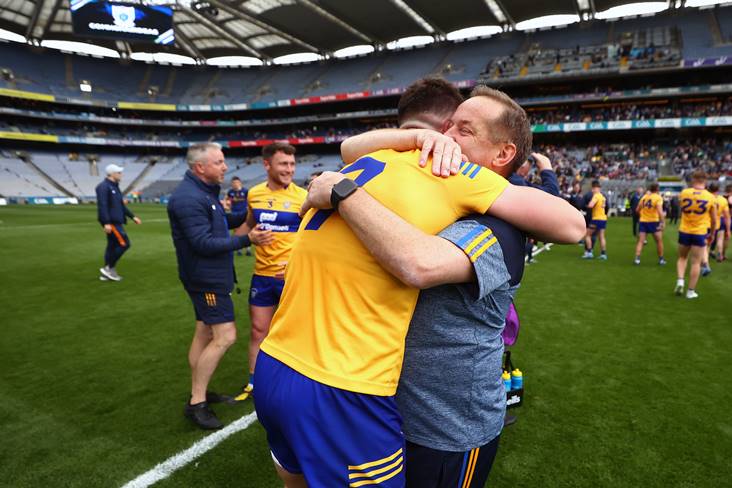 Clare manager Colm Collins beamed with pride after his side secured a memorable win over Roscommon at Croke Park yesterday.

The Banner men finished with a flourish to stun the Rossies in the All-Ireland SFC qualifiers with man-of-the-match Keelan Sexton netting a crucial penalty in the dying stages before Jamie Malone landed the winning point. Their reward is a place in the quarter-finals on the weekend of 26 June.

"That was bad for the heart. I'm very proud of them, they're a tremendous bunch of lads," Collins said when speaking to Sky Sports afterwards.

"Things didn't go right for us last week [against Meath] and we still got the victory... the spirit, determination and guts of these fellas to pull a win out of a tough position.... I'm absolutely delighted for the players. They're never beaten and at no point do you give up on them, ever. They prove it again and again."

Collins' charges will find out their last-eight opponents when the draw takes place tomorrow morning on RTÉ Radio 1 after 8.30am.

"We'll wait and see. We'll prepare as well for them as we prepared today. Hopefully we'll give a good account of ourselves."