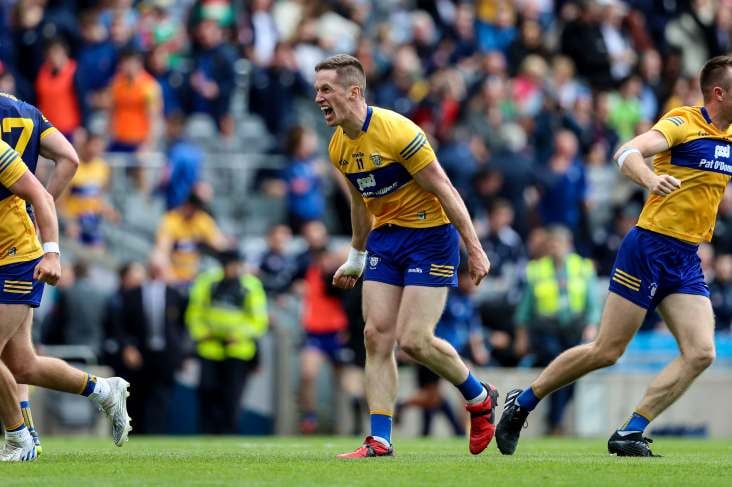 Clare dug their deepest when it mattered most to record a famous 2-15 to 1-17 win over Roscommon at Croke Park to advance to the All-Ireland senior football championship quarter-finals.

Keelan Sexton (2-6) and Jamie Malone provided the late heroics for the Banner men as they overcame a five-point deficit to win out by one at headquarters and move into the last eight of the Sam Maguire Cup race for only the second time – and first since 2016.

It was Roscommon that had made the best possible start to this second round qualifier, with Diarmuid Murtagh rattling the net for them inside the opening six minutes.

Colm Collins’s side battled back to level and fell behind again to a Murtagh free before Sexton broke through and hammered in their goal on 18 minutes.

From there, Clare would march towards a deserved 1-10 to 1-8 half-time lead but the Rossies did manage to take control early in the fourth quarter.

The points of Ronan Daly, Donie Smith and Ciarain Murtagh had them leading 1-17 to 1-12 with four minutes left in regulation but, somehow, the wheels came off for them.

Eoin Cleary’s free was backed up by Sexton’s drilled penalty and the latter would float over a free from beyond 50 metres prior to Malone landing the winner in the fifth minute of injury-time.