"An All-Ireland final is definitely within their reach" 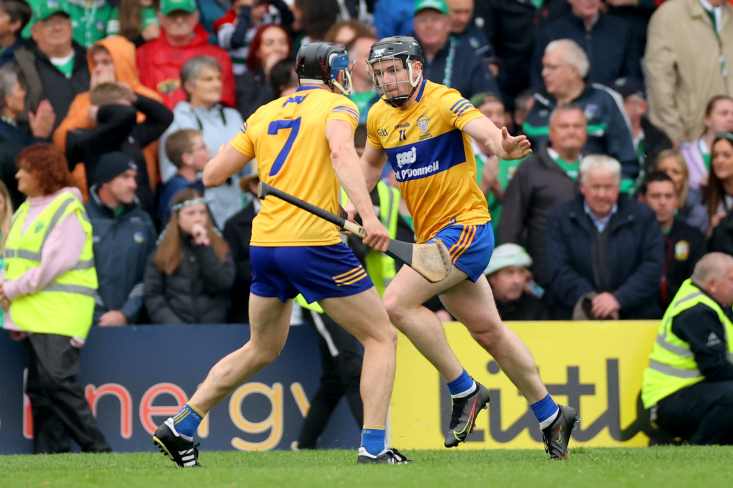 Former Kilkenny star Eddie Brennan believes Clare should be afraid of no one after last Sunday’s Munster SHC final display against Limerick.

The Banner men pushed their neighbours all the way in a 1-29 to 0-29 defeat (after extra time) in Thurles last Sunday as the Treaty County went on to collect a fourth consecutive provincial crown.

Many seen plenty of positives for Clare following the defeat, including eight-time All-Ireland winner Brennan.

"I think for Clare now, it's how quickly they can flush the dirty diesel out of the heads really," the former Laois manager told RTÉ Sport at the launch of Guinness 0.0's new GAA campaign.

"They've obviously built themselves up so much for this Munster final that it will take a couple of days to get it out of the system, to re-calibrate.

"They won't know until this weekend who they're facing, so this is where the leaders of the group - and Brian Lohan - they'll be letting the rest of the team know that an All-Ireland final is definitely within their reach and that they should be afraid of no one after Sunday."