Armagh and Donegal rematch as qualifier and Tailteann Cup draws made 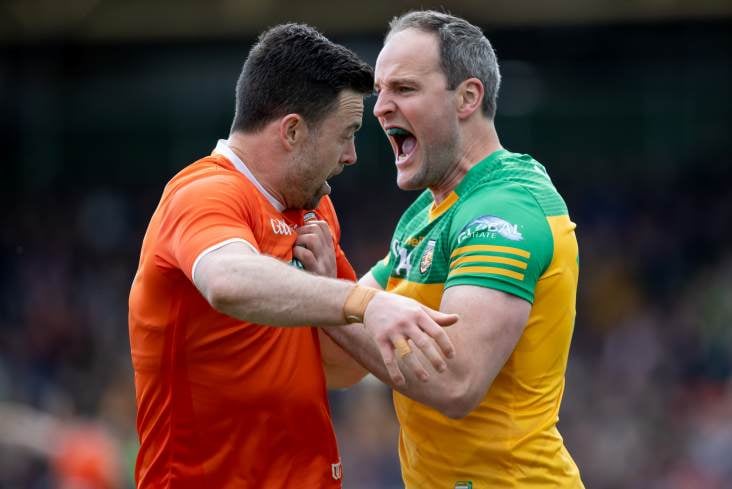 Donegal are set for a rematch with Kieran McGeeney’s Armagh side following this morning’s draw for the second round of the All-Ireland senior football championship qualifiers.

Following their Ulster quarter-final meeting in April, which Donegal won comfortably by 1-16 to 0-12, the two Division 1 teams are set to lock horns again this coming weekend at a neutral venue.

After their win over Monaghan on Saturday, James Horan’s Mayo will face Leinster runners-up Kildare on the same weekend, while Connacht finalists Roscommon meet Clare and the remaining game sees an all-Munster affair between Limerick and Cork.

All four of those games are scheduled for this weekend (Saturday 11/Sunday 12 June) at neutral grounds with the winners advancing the All-Ireland quarter-finals.

In the Tailteann Cup, it’s down to the final four as a midlands’ derby awaits between Westmeath and Offaly and – following their penalty shoot-out win over Leitrim yesterday – Sligo will face competition favourites Cavan for a place in the decider.

Both semi-finals are set to be played at Croke Park on Sunday week, June 19th.

*Ties to be played this weekend at neutral venues.

*Games to be played at Croke Park on Sunday, June 19th.