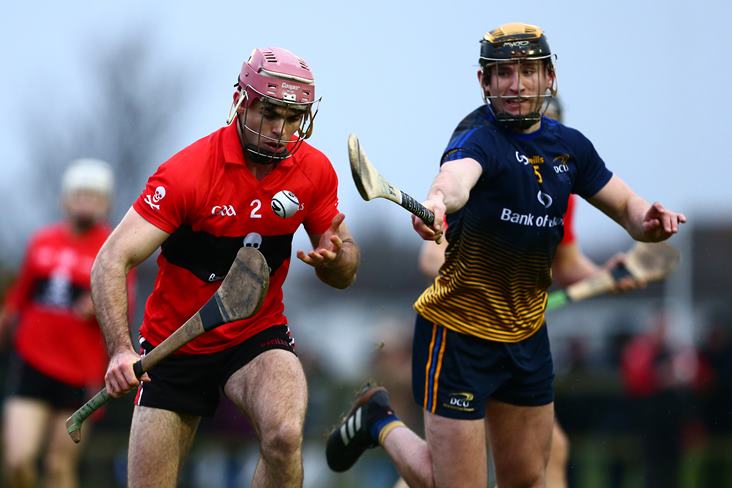 Cork star Mark Coleman provided the late heroics as UCC overcame DCU late on to book their place in the Fitzgibbon Cup final against IT Carlow.

It finished 0-18 to 0-17 at the DCU Sportsgrounds, where Coleman’s last minute sideline proved the difference for the Cork students in what was a gripping semi-final encounter.

The sides couldn’t be separated during the opening half-hour, going in at the break with the scoreboard reading 0-11 apiece before the hosts came out firing on all cylinders for the restart with Rory O'Connor, scorer of 11 points, to the fiore to build-up a three point lead come the 41st minute.

Shane Kingston and Neil Montgomery points helped to bring the 39-time champions level and it was nip and tuck from there until Coleman had the final say in the 65th minute when he held his nerve to puck over the winner.

In the earlier throw-in, DJ Carey’s IT Carlow side found their goal-scoring touch to dismantle Mary Immaculate on a 5-14 to 0-15 score-line.

The victors hammered home four second-half goals after having trailed by 0-11 to 1-7 at the break, with late first-half points from Cathal Bourke cancelling out Cathal Dunbar’s goal at the other end.

However, goals from Stephen Bergin and Kilkenny’s Liam Blanchfield in the space of a minute saw the Carlow students regaining control and they wouldn’t look back.

Wexford star Dunbar grabbed his second major of the afternoon to finish with 2-1 before Barrowsider Chris Nolan got in on the act of raising the green flag to seal a final berth for Carey’s men.