No Leinster semi-final bye for Dubs 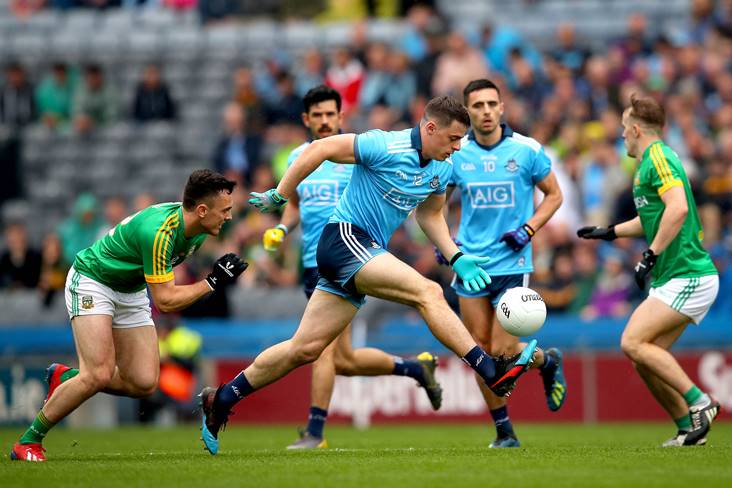 Dublin's Brian Howard goes on a run during the Leinster SFC final clash against Meath at Croke Park. ©INPHO/Ryan Byrne.

Five-in-a-row All-Ireland champions Dublin will not have a bye into next year’s Leinster SFC semi-finals.

The Irish Independent reports that it was decided at Leinster Council meeting last night to introduce a semi-final draw which is set to be made on Sunday night that the quarter-final winners are known.

It means that teams in the last four will not know whether they’re on Dublin’s side of the draw until a fortnight out from that game.