"There's something about us this year" 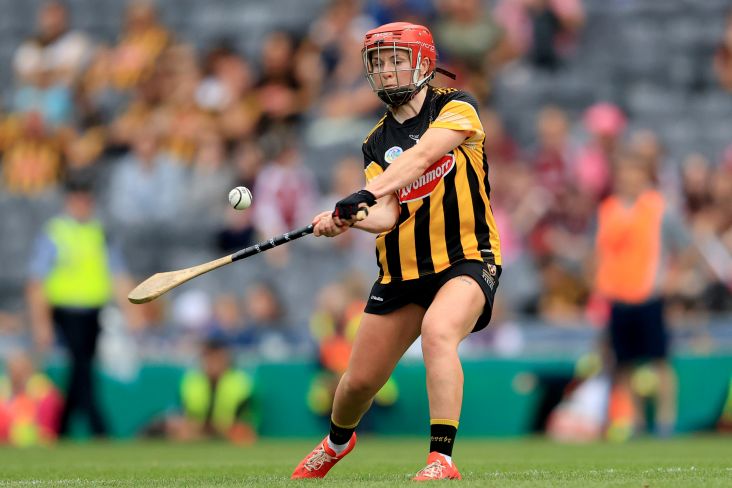 In the build-up to Saturday’s Glen Dimplex All-Ireland senior camogie semi-final, Kilkenny manager Brian Dowling spoke of how the players rallied around following the deaths in tragic circumstances of coach Tommy Shefflin’s brother and his own uncle last March.

The tightest bonds can be forged in adversity and to hear Katie Nolan in the aftermath of the Cats’ 1-13 to 0-12 victory over champions Galway a tumultuous tie at Croke Park, you were left in no doubt about the spirit in the group.

Nolan is a clever player who always weighs in with a few scores but what has been a given since breaking through in the past three seasons now is her voracious appetite for chasing opposing defenders down.

It was a feature of Kilkenny’s All-Ireland final defeat of the Tribeswomen two seasons ago and was to the fore once more this time around, a reminder given her diminutive stature that attitude and mindset remains the foundation stone of such an approach rather than heft.

The St Martin’s dynamo noted that there was a different feel to Kilkenny this year and the words began to tumble out with increasing speed, with a tinge of emotion detectable in her voice too as she talked about the shared sense of selflessness in the dressing room.

“We knew with Galway, it would be such a battle for the whole match and it was,” said Nolan.

“It could have went either way but, I dunno, there’s something about us this year. There’s a bit of a buzz about us. We’re looking forward to every match. We’ve two weeks to go again and then look forward to that.

“I treat every match the same, All-Ireland semi-final or final any other match. It’s whoever wants it the most will win it.

“We’re a team. You’re not going to win anything on your own and you need everybody. All of the girls out there will work. We don’t care who scores. Once we come out with the win, no one cares who scores.”

Kilkenny started best but Galway gradually settled only to waste four good goal chances, Aoife Norris up to the task on each occasion, including from a first-half Sarah Healy penalty.

Mary O’Connell spurned a great goal opportunity too for Kilkenny in the first half, taking an extra touch that wasn’t needed after being put through by Miriam Walsh and then somehow clearing the crossbar rather than rattling the net.

Norris’s stop from Sabina Rabbitte early in the second half was her best and it was crucial, as two minutes later, Laura Murphy was rifling a stunning shot low to the corner of the Galway net beyond a diving Healy to give the Stripeywomen the impetus.

Nolan took up free-taking duties after Denise Gaule failed to find the target with a number of opportunities, though the former player of the year had a major influence when moved to midfield for the second half.

“I take frees for the club but I haven’t hit one in a good while so I’m gonna kill Gaule,” joked a grinning Nolan. “It’s something to go practice now for two weeks.”

Galway battled as you’d expect, and the tireless Aoife Donohue led the fight as they restored parity with ten minutes remaining but Kilkenny hit the last four points, with the wonderful Julianne Malone grabbing a fourth from play and sub Sophie Dwyer also splitting the posts, to book their place in the final in two weeks against Cork.

“This is what everybody dreams of. I can’t describe it but at the same time, you have to be focussed for the next two weeks. Head down and look forward to it. It’s gonna be another unbelievable battle but we’ll be ready.”

Galway manager, Cathal Murray had no gripes about the result.

“At the end of the day, Kilkenny were the better team,” Murray admitted. “They took their chances. Unfortunately, we didn’t.

“We created chances in the first half and we didn’t take them to be honest with you. We were still happy with the position we were in at half-time. They started a whirlwind in the second half and got a sucker punch of a goal.

“It took us a while to recover from that and get back into the game. We did but again, we had point chances at the end and didn’t take them. When you are not clinical at this level you are going to be punished.”