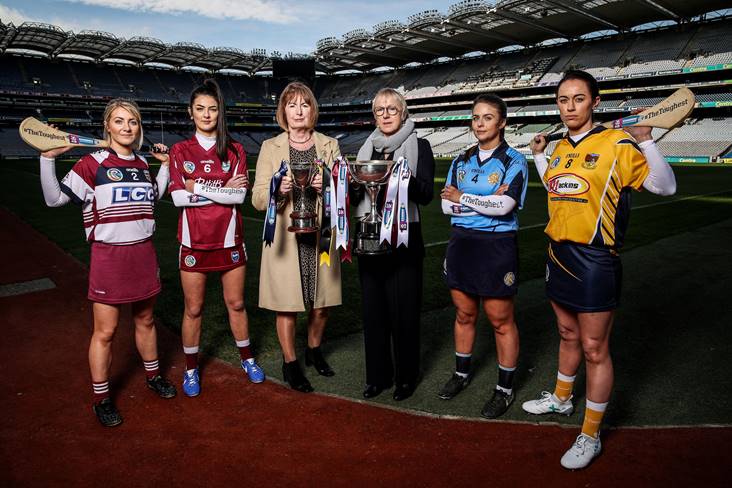 A group of 35 camogie clubs who were still involved in the now cancelled 2020 provincial and All-Ireland club competitions are not willing to accept that decision.

The competitions at senior, intermediate and junior levels commenced last year before being abandoned due to Covid restrictions.

In the fixture plan proposed by the Camogie Association last month these competitions were due to be completed. However, following a campaign by the WGPA and intercounty players to play a split county/club season instead of a club/county/club version as originally proposed, clubs nationally voted by a narrow margin to change to a county/club split season.

That change removed the window to complete the 2020 provincial and All-Ireland competitions, which were then cancelled by the Camogie Association.

The group of clubs affected by that decision have been campaigning for the outstanding competitions to be played and released a statement today saying that some clubs would take the issue to the Dispute Resolution Committee.

In a statement today the clubs said: “The 35 clubs of Cumann Camogaiochta na nGael that were still involved in the AIB Club Championship 2020 sought to have the championship completed this year 2021.

“The Ard Comhairle has cancelled the championship despite the fact there is a window of opportunity to complete it in a three-week period from Monday 7th June to Sunday 27th June, a suggestion which was proposed to the Ard Comhairle.

“A representative group of six of the clubs affected also asked for a meeting with the President and the four Provincial Chairpersons but were refused that request.

“While we understand and acknowledge that this past year has posed unprecedented difficulties for the Association and for those charged with administering its affairs, the clubs have proposed a reasonable alternative which would allow the championships to be played.

“However, following the decision of the Ard Comhairle of Cumann Camogaiochta na nGael not to complete the Club Championship 2020, a number of clubs affected have been left with no option other than to refer the decision to the Dispute Resolutions Authority in an effort to resolve the issue.

“The clubs are the heart of our sport and we want the club players to have the opportunity to play at the highest level available to them.”