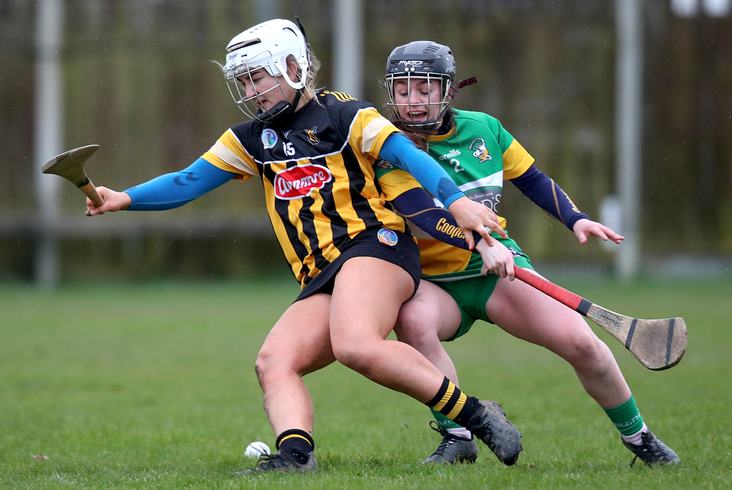 Kilkenny secured their first win of the Brian Dowling era in the Littlewoods Ireland Camogie Leagie Division 1 campaign on a 1-10 to 0-8 scoreline over Offaly at Dr Tierney Park, Graiguenamanagh.

Four points from Denise Gaule and a critical goal by Danielle Morrissey straight from the restart helped Dowling's transitional crew edge clear of a gritty Offaly side that certainly gave Albert Kelly plenty cause for positivity despite the reverse.

In their opening tie last weekend, the Noresiders suffered a shock defeat to Clare that dealt a significant blow to their title aspirations and the concession of a number of frees would have left him dissatisfied in the opening period.

Debbie Flynn and Mairéad Teehan converted three of those to scores while Gaule helped herself to three of her own to make it 0-4 to 0-3 at half-time.

Laura Murphy was introduced by Dowling and she made a strong impact but it was Morrissey's goal that gave Kilkenny the important breathing space.

Miriam Walsh, Katie Nolan, Gaule and Michelle Teehan stretched the Black and Ambers' advantage to eight and though Offaly continued to battle, Flynn and Michaela Morkan splitting the posts, Kilkenny had done enough.