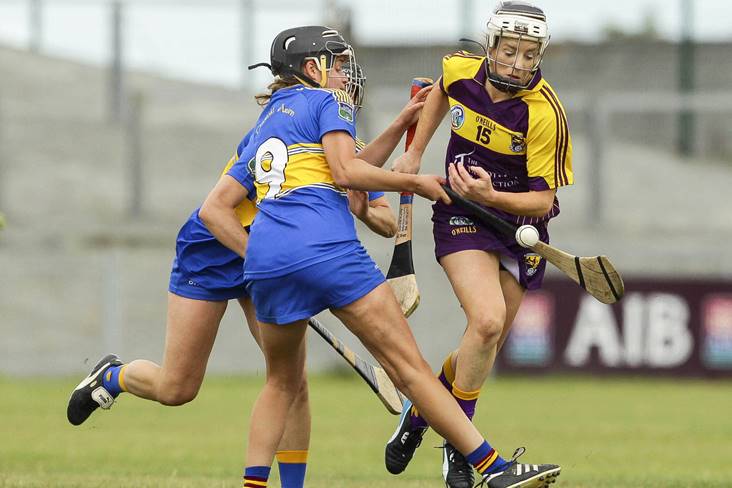 The announcement that Ann Downey had been appointed manager of Ballyraggett’s Intermediate hurlers did not surprise Kate Kelly.

The four-time All-Ireland winner with Wexford, nine-time All-Star and 2007 Player of the Year has first-hand knowledge of Downey from their time at WIT.

Downey garnered 12 All-Irelands as a player at intercounty level with Kilkenny, along with three Player of the Year awards, in an era before the All-Stars scheme. She helped end a 24-year absence from the top table for the Noresiders from 1992 – when she herself was captain – as manager when the Black and Ambers prevailed in 2016.

Her CV is stacked but the landscape is such that a woman managing at the highest level in Camogie is a rarity. If it isn’t unique in men’s sport, it is pretty close.

That is why Downey’s elevation was big news. So too when Davy Fitzgerald added Kelly’s long-time Wexford teammate, Mags D’Arcy to his coaching group for the Model County hurlers.

The Camogie Association has been working in recent years to improve awareness of coaching as an option for women and yesterday, announced details of M.N.A. Programme, designed to increase the number of women coaching Camogie.

M.N.A. (mná is ‘women’ as Gaeilge) stands for Motivate, Nurture and Aspire, encapsulating the three key elements of the programme.

Kelly has long been a coach with her club St. Ibar’s/Shelmaliers and is in charge of the Minors at present. She is also a coach tutor for the Camogie Association but as a mother of 13-month-old Aria, with a full-time job that involves a daily commute to Waterford city, who is also still playing, the 39-year-oldis fully cognisant of the challenges.

She has thrown her weight behind the M.N.A. Programme and believes Downey is a tremendous role model for aspiring female coaches.

“It’s huge and it’s great that it is getting the level of publicity.” says Kelly. “It’s not that she is a man or a woman, it is more that she is a good coach and she is capable of doing it. No better woman.

“It should be a viable option for women. Ann is a trailblazer. This is something girls and young women can look at and say, we can do this going forward. Because there are so many teams out there looking for so many good coaches.

“This programme is a great way to give women the confidence to start, or for those who have been away to get back up to speed.”

The advantages of having a woman involved in a mentoring role with female teams are obvious but it has to be seen as attainable.

“Sometimes women are nearly too hard on themselves and they need to have the confidence to just push through but they are well capable. There are plenty of past players out there that should take it up because they would be excellent at it. And it’s not even just past players. Even if they were involved in the sport in other ways and know all about it, why not do it?

“M.N.A. is a follow-on from the Hurl With Me programme, which looked to get more parents or guardians involved with their daughter’s club. To motivate, nurture and build aspirations for women to be a coach or mentor with the teams is the next step.

“They will be looking to get 100 women from 100 different clubs to participate as M.N.A Mentors and the Camogie Association will provide them with a variety of skills, not just in coaching, but in communication, mentoring and volunteer development.

“It’s about getting a broad base of women involved, to give them the supports and networks they need to be confident at taking on the coaching, and then hoping that they will pass it on. If they all do that with one person, that’s 200 new mentors and coaches. Another couple and you are broadening it all the time.”

Kelly understands the benefits of the visible role model, as her mother Peggie was herself a two-time All-Ireland winner with Wexford. That is why she never saw a barrier to coaching.

“I was always interested in it and it never fazed me because my mother always did it. And most people will say the role model is their parent. That role model is really important. We have a few more women involved with our underage teams. One in particular had a really positive effect on a lot of young girls last year.

“I understand how tough it can be. I am back to work full-time and I am commuting and then you have a small baby. I am not as eager to give up the bit of time I have with her. It is a challenge to keep training as well, and I am over the Minors and trying to do a few tutoring clinics for coaches as well.

“The time is precious when they’re small. In five or six years’ time on a Saturday morning she might want to go here, there or everywhere. She won’t want to spend it with you anyway! So it is hard to pull yourself away from that, even though you love Camogie. That is a big challenge for that bracket.

“But on either side of it, it is important that we ensure that people feel comfortable coming back into it if they have taken some time off, or can continue through that period, and on the younger side, that we get them involved in coaching in the first place.

“M.N.A. is a great programme to do that, giving training and confidence to take those steps. Hopefully we will reap the benefits in Camogie in the years to come and young girls, and established players will see women coaching as the norm.”

The application process for Clubs to apply to take part in the M.N.A. Programme is now open until the close of business on Friday February 14th 2020 and details of how to apply are available from www.camogie.ie/mnaprogramme.asp.