Camogie plans for the future after year of progress 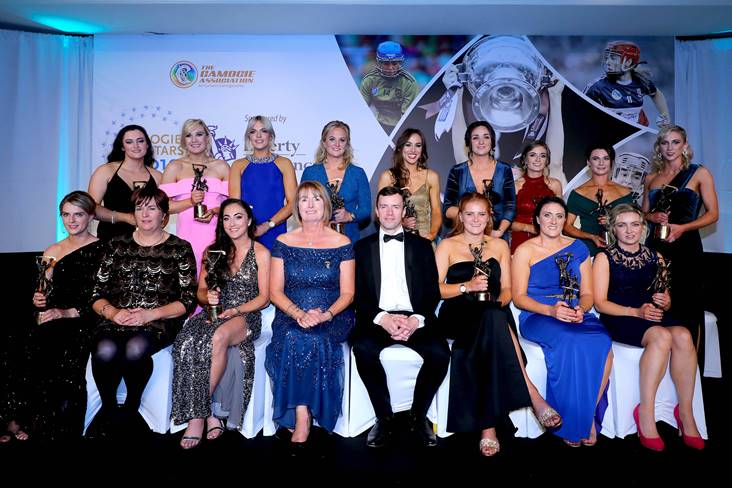 History will be made next year when Camogie will trial rule changes for the first time and those changes will be revealed within the next two weeks.

Camogie Association CEO, Sinéad McNulty is not in a position to reveal what those changes might be yet but has confirmed that they have been adopted by the Association’s Ard Chomhairle, describing the development as “really brilliant” for Camogie.

Earlier this year, at the launch of the Liberty Insurance All-Ireland Camogie Championships, the President of the Camogie Association, Kathleen Woods confirmed a commitment to modernising the code when stating that it had to catch up with the advancements made by players.

That arrived on the back of the vote at Congress to agree to trial new rules.

“Our Congress was really brave in April when it was passed that we would use trial rules for the first time in our history” said McNulty in New York, where the Liberty Insurance Camogie All-Stars Tour is taking place.

“There was a trial rules working group set up. Liam O'Neill was chairing that. It was a great committee with diverse membership and they put together a number of proposals which we will be announcing in a couple of weeks.

“We had a presentation on it last week to our Ard Chomhairle and they approved various trial rules. It's very brave and it's going to be really brilliant. To be able to trial them next year is really important as well. It gives us a chance to try something new out to make sure it does what it's supposed to do.

McNulty has barely had time to draw breath since taking up her position on June 17th, with the Championship already underway. Yet her career to date has almost been an audition for the role.

An active member of the Round Towers Club in Dublin, she secured qualifications in leisure management but her first job was in AIB, where she became a key member of the sport and social team, co-ordinating sporting events for 25,000 staff.

From there McNulty moved into consultancy with Holohan Leisure, where strategic and event planning was much of the priority.

Her next job was with the Dún Laoghaire-Rathdown County Council, working in community sports development. That involved targeting people and groups that weren’t participating in sport through lack of opportunity or awareness.

In her last role prior to joining the Camogie Association, McNulty returned to TU Dublin, where she studied originally, to spend 11 years as Head of Sport.

“There’s a thing called sports development continuum and it's a pyramid essentially. What we see on All-Ireland Sunday is the top of the pyramid, the small number of players who are dedicated to the seven days-a-week of training for their sport, thinking about it, working on it, where they've trained for years, coming through all the Camogie structures.

“What I'd worked on before was all of the structures. How do you introduce people to something? How do you give them the basic skills? How do you get them to develop a habit, to develop a love for it and a desire to train more and train harder? That the club has the support and the volunteers have the training and so on.”

One of the key elements of the next few months will be the formulation of the next development plan to act as a road map for the future.

“If you look at the principles from 2016, we've had year-on-year growth in attendances, participation is good, we have new clubs coming onstream, a lot of new programmes are coming up and the standard is increasing all the time. We're working on coaching levels, skill levels, supporting coaches, volunteers and players.

“The themes from the last plan were excellent. On the Pitch, Off the Pitch, In the Public Eye and Aontas. They remain key facets of what we need to do. We'll probably look at setting different targets. Our team has grown and changed substantially in that time as well so there are a lot of new ideas to be put into the mix.”

Former Kilkenny manager and 12-time All-Ireland winner, Ann Downey is just one high profile Camogie stakeholder who has called for integration with the GAA and LGFA to be accelerated and McNulty has some good news in this regard but admits that it might not happen as quickly, or in the manner, that some would like.

“People will start to see in the next year is a lot of movement towards that integration with the GAA. There's a lot happening at a high level. There are people sitting on each other’s association committees, on the management committees, working together on the development of the coaching of games, and supporting volunteers.

“Next year there will be a joint coaching qualification and a programme on leadership training. We're working closely together. And we want to bring that to the club and to streamline it, try and make it work more smoothly for members.”

But what about the integration of the associations?

“There's loads of stuff we're doing really closely together but in all of the Associations, you're talking about making a dramatic change that people will be for and against, and you have to do make sure you're doing it for the right reasons and bring people with you.

“It's not something that's going to happen overnight. You have three associations with three cultures. Our memorandum is with the GAA, and the LGFA have a memorandum with the GAA and there’s a lot of work to do to see these bear fruit.

Camogie is moving in the right direction however, as evidenced by the record attendance of 24,730 at the All-Ireland Finals, and with teams better prepared than ever, helped by State and Sport Ireland funding, improved fare should attract greater crowds.

“The fact that our intercounty players and teams have got state funding through Sport Ireland has changed the game. And because it’s for all counties, that change is particularly notable in Tier 3 and Tier 2 counties who mightn't have had access to budget, access to facilities, access to injury prevention (strength & conditioning etc). They now have that access.

“It's another step on the ladder to bringing the standard up. That government funding has been transformational. It's three years in now and in another year or two we'll really see the benefits. We've been doing evaluation reports on an annual basis and the feedback from management teams, county boards and players is really strong.

“With thanks to the input of our various sponsors we are hitting even greater targets on a regular basis, such as this week’s Camogie All-Stars Tour in partnership with our Championships sponsor Liberty Insurance which is a great way to cap 2019 and to showcase the sport to a wide audience.

“We put our attendance target at 25,000 for the Finals this year. That was practically a 20 percent increase from the year before year. That's a huge jump. It was a brave call but we put the resources behind it and we did it. Our attendances from the Quarter-Finals onwards were all up too.

“For next year, what we want to make sure of is that All-Ireland Final day is a Camogie day. If you ever played Camogie, come out and watch. Your team doesn't have to be involved. It's about growing the game and being there."