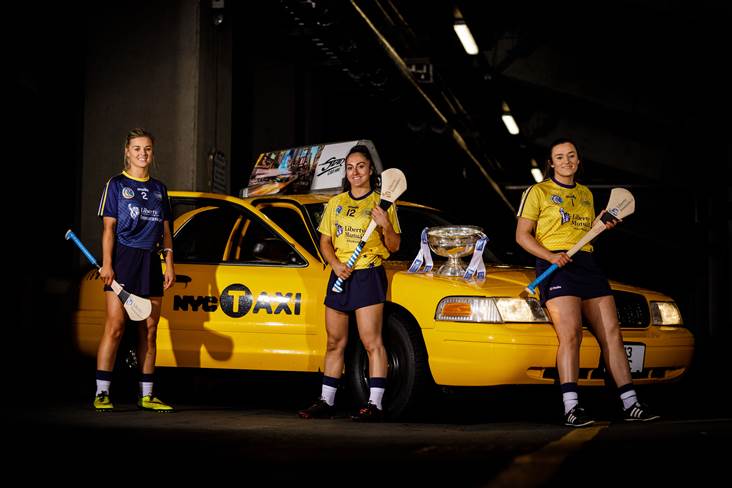 Two years after the inaugural Liberty Insurance Camogie All-Stars Tour to Madrid, the cream of the sport’s crop will be making history once more this week, as they leave this morning for a tour of New York.

The centrepiece of the tour is an exhibition match between the All-Stars of 2018 and 2019 at the celebrated Gaelic Park in The Bronx on Saturday.

Gaelic Park is not just the home of New York GAA, who are acting as hosts to the Liberty Insurance Camogie All-Stars Tour, it has also been the traditional cultural hub and meeting place for Irish emigrants since 1926 and a strong turnout is expected, particularly with the New York Camogie contingent being given such a rare opportunity to see the premier operators of the last two seasons going toe-to-toe.

Kilkenny duo Michelle Quilty (2019) and Anne Dalton (2018) are unavailable, so county colleague Davina Tobin and Galway’s Noreen Coen have been called up.

If the game of two years ago is anything to go by, patrons are sure to be treated to the full array of skills as the players are unencumbered by the pressure of knockout fare.

Mind you, with the teams being led by this year’s All-Ireland-winning manager from Galway Cathal Murray (2019) and Paudie Murray (2018), who has stewarded Cork to four All-Ireland titles, we can expect competitive fare.

The game will be refereed by Ray Kelly, the Kildare whistler who took charge of this year’s All-Ireland Final in which Galway got the better of Kilkenny.

The good news for supporters in Ireland and the rest of the world is that they will be able to view all of the action live, thanks to a stream that will be shown on Liberty Insurance’s Facebook page.

The game will be 12-a-side, where rolling subs will be allowed, and comprising two 25-minutes halves.

During the Tour, players and officials will also take the opportunity to engage with the Irish community in New York, thanks to the organisation of New York GAA including refereeing and coaching courses being laid on for the local Camogie community.

Consul General of Ireland, New York Ciarán Madden will host a reception for the party in the Irish Consulate on Friday night, the group having visited Ellis Island and the iconic Statue of Liberty earlier in the day.

On Saturday, the players will have a puck-around in Central Park, which is sure to spark quizzical and appreciative reactions. And just as in Madrid, the natives and ex-pats will be encouraged to join in.