Tipp and Kilkenny fan fly banner together at Auckland final 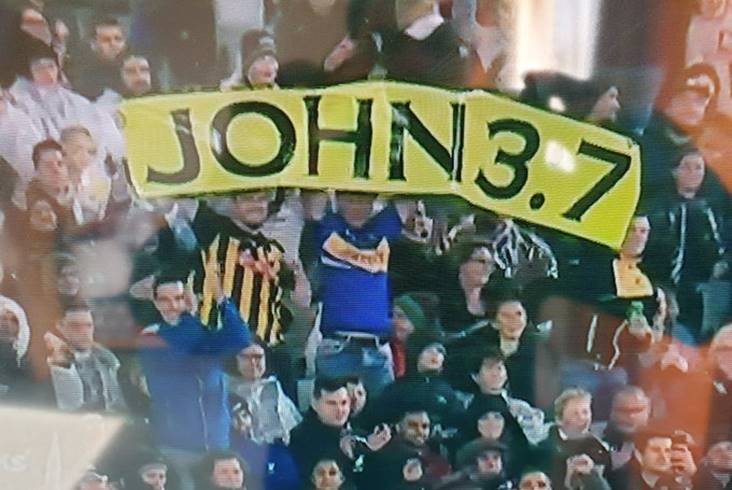 As hurling supporters across the globe get set for tomorrow’s All-Ireland SHC final, two fans have already made their own final appearance this weekend over 10,000 miles away.

Eden Park Stadium in Auckland was the venue as New Zealand claimed their 17th successive Bledisloe Cup with their biggest ever win over Australia - it finished 36-0 in favour of the All Blacks in the early hours of this morning.

The below images show a Kilkenny and Tipperary fan flying the John 3:7 banner together at the game ahead of their counties’ mega showdown at Croke Park tomorrow afternoon.

The Bledisloe Cup final in NZ and of course two 'holy joes' manage to get on the box holding the John 3:7 sign wearing Kilkenny and Tipp jerseys. #legends #GAA #tippvkk pic.twitter.com/osA6j4csAH

Tipp & Kilkenny brothers in arms on show in Auckland at #NZLvAUS game. Obviously couldn’t get tickets for All Ireland final tomorrow #TippvKilkenny #GAA ..got to love it!!😎 pic.twitter.com/KbMa9HYHur