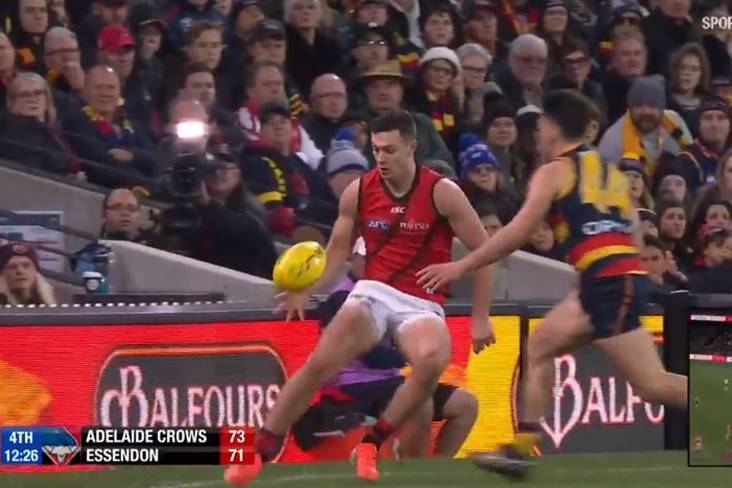 Conor McKenna is making headlines in the AFL once again.

The 23-year-old Tyrone native helped Essendon come from 30 points down to record a stunning 96 to 75 round 18 victory over Adelaide Crows at the Adelaide Oval today.

Former Red Hands minor star McKenna didn't make the scoresheet for the Bombers but he did produce one of the highlights of the game with this beautiful solo dummy...

It's not the first time either that McKenna has shown off his GAA skills with the oval ball. Last year he pulled off a cheeky solo during an AFL clash against Richmond!