Blow for Tyrone as McKenna set to return to AFL 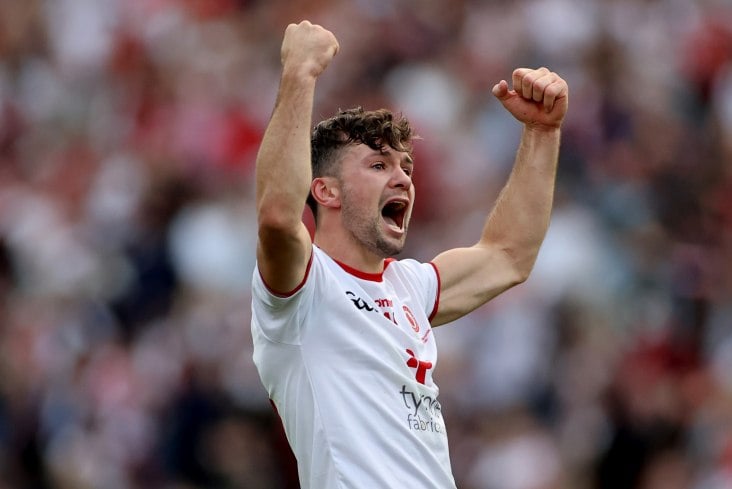 Tyrone are set to suffer a huge blow to their hopes for next season with the news that Conor McKenna is to return to Australia and resume his AFL career.

Multiple reports this morning suggest that McKenna, who joined Essendon Bombers as a teenager, has informed his Tyrone team mates of his decision to return Down Under.

The Eglish clubman departed the AFL two years ago, having played for the Bombers between 2015 and 2020, and made an immediate impact for the Red Hands as they won their fourth All-Ireland SFC title in 2021.

That year’s Sam Maguire Cup success saw McKenna scoring two goals in the semi-final victory over Kerry and also setting up the clinching goal in the final against Mayo.

This year Tyrone failed to reach the same heights, losing out to Derry in Ulster before being dumped out at the qualifier stages of the All-Ireland championship by Armagh.

McKenna's departure is likely to be a big set-back for co-managers Feargal Logan and Brian Dooher, who have already saw forwards Lee Brennan, Paul Donaghy, Mark Bradley and Ronan O’Neill walking away from the set-up this year.