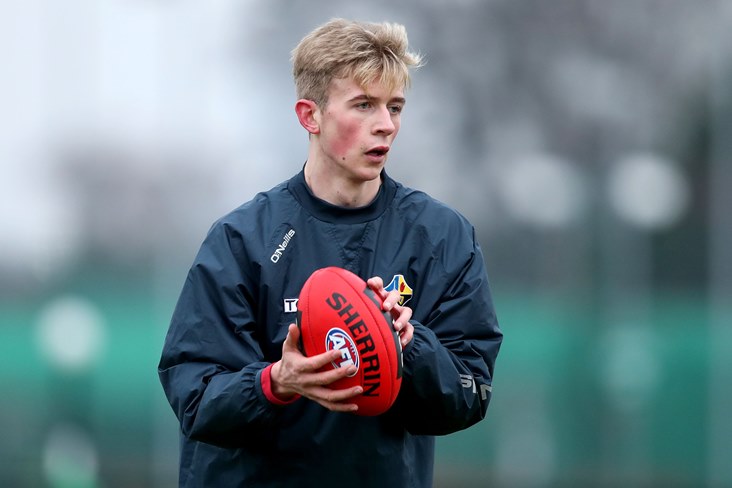 Derry's Anton Tohill during the AFL Combine at UCD

Former Derry U20 star Anthony Tohill has signed a new one-year deal with AFL side Collingwood.

The Swatragh native joined the Melbourne club in 2018 on a two-year international B rookie contract which expired two months ago.

While the 20-year-old has yet to make a senior appearance for the club, he has impressed in the Victorian Football League.

Son of Derry great Anthony Tohill, he won minor and U20 titles with the Oak Leafers before linking up with Collingwood.