Glass on the way home? 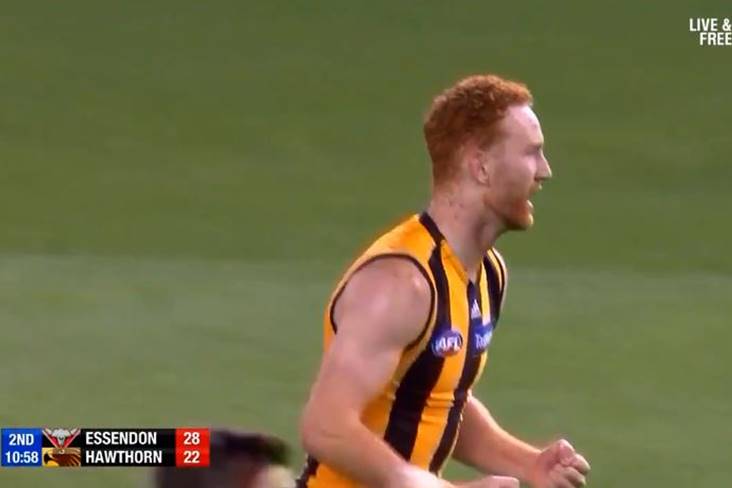 Conor Glass scores his first ever AFL goal for Hawthorn.

Former Derry minor star Conor Glass could be on his way home after a four-year spell at AFL side Hawthorn.

Reports today by BBC suggest that the Maghera man's time in the AFL may be coming to an end with the Melbourne club deciding not to extend his contract which expires later this year.

Glass, who turns 23 next week, had signed a two-year extension in 2017 having impressed in his breakthrough AFL season. He joined the Hawks in 2016 alongside Meath midfielder Conor Nash.

A return home for Glass would be a huge boost for Derry football and the news follows hot on the heels of Tyrone native Conor McKenna's decision to retire from the AFL with immediate effect.