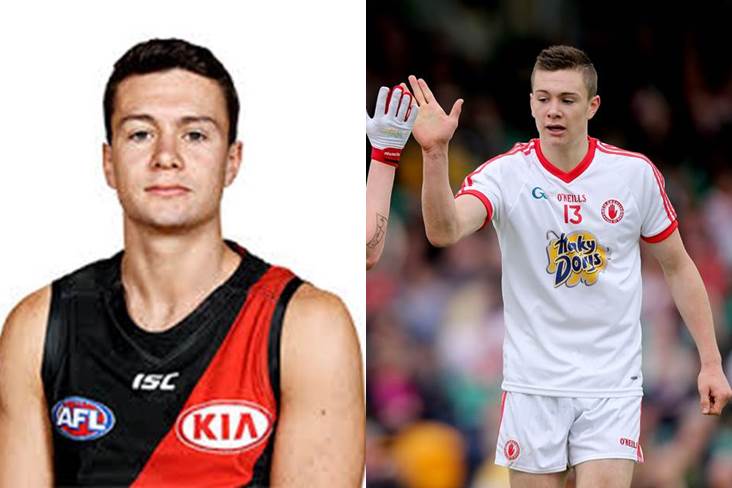 Conor McKenna in the Essendon and Tyrone colours.

Conor McKenna’s AFL club Essendon expect him to return to Australia as early as next week.

The 23-year-old former Tyrone GAA star travelled back to his native county earlier this month due to a bout of homesickness and there was speculation that he might remain in Ireland and possibly resume his GAA career. However, Bombers assistant Mark Harvey told the Official AFL Home Page that the wheels are in motion for McKenna’s return Down Under ahead of the season opener against Fremantle on March 21st:

“We’ve been in constant contact with Conor over the period of time he's been away and we hope he is enjoying himself and relaxing We'd like to think he comes back pretty soon, and we can have him available for selection.

“It's looking promising, our support staff have done an enormous job with him. I'd like to think [he’ll be back] maybe early next week.”