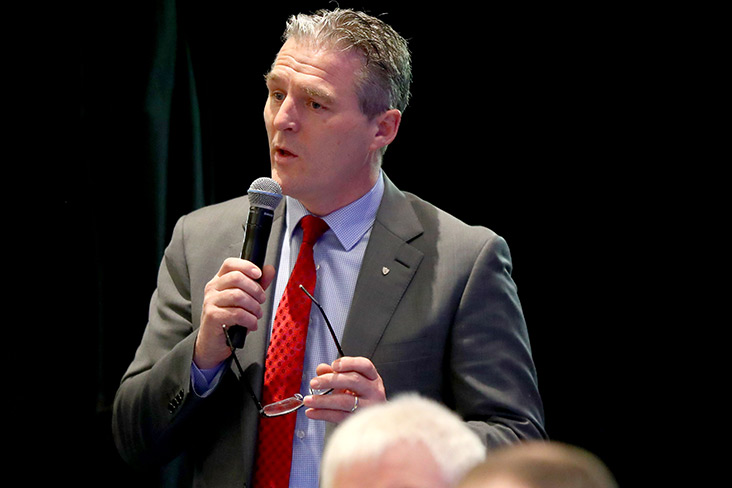 Jarlath Burns is to run for the GAA presidency for a second time after losing out in 2020.

BBC Northern Ireland is reporting that the former Armagh football captain and TV pundit is set to be ratified as a candidate for the GAA's top job at an Armagh county board meeting tonight.

The Silverbridge man, who is principal of St Paul's High School in Bessbrook, was the hot favourite to succeed John Horan at the last presidential election in February 2020, but was surprisingly defeated by New York delegate Larry McCarthy, who will hold the position until 2024.

Burns has served as Armagh's delegate to the Ulster Council and as a member of the Armagh and Ulster GAA Management Committees. The election of the president-elect will take place at next year's GAA Congress.