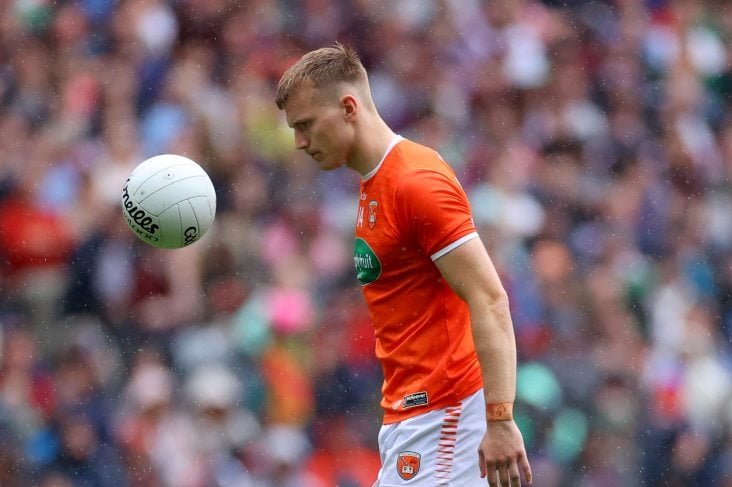 O’Neill starred as the Orchard men reached the quarter-finals of the All-Ireland SFC this past summer but was admitted from the selection of 15 which were honoured with their awards last night.

Speaking at last night’s gala ceremony at the Dublin Convention Centre, All-Ireland winning boss O’Connor felt the Crossmaglen man may have been unlucky to miss out.

"I thought Rian O'Neill was outstanding in 2022. That kick against Galway to bring the game to extra time was fantastic," he is quoted saying by BBC Sport NI.

"I would have to agree. I was surprised he didn't get an All-Star."

He added: "He's a great all-round footballer. We came up against him in the league and he had a great battle with Jason Foley."