Crossmaglen return to Armagh summit with dominant victory over Granemore 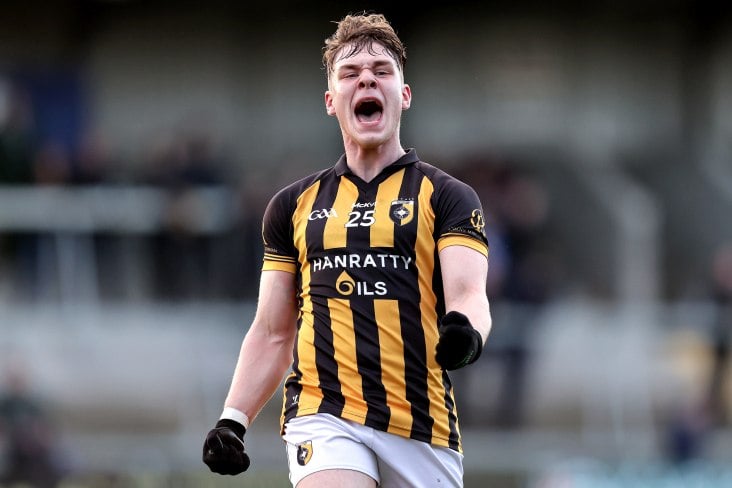 Crossmaglen Rangers stormed to their 46th Armagh senior football championship title on Sunday by seeing off Granemore on a 1-19 to 0-10 scoreline at the Athletic Grounds.

The Orchard County’s kingpins were in control from start to finish, with ‘Man of the Match’ Cian McConville hitting 0-8 for them over the hour and Caolan Finnegan’s goal putting them on the path to victory 19 minutes into the decider.

After having his head bandaged, Finnegan had only been back on the pitch a matter of seconds before county man Rian O’Neill found him with a quick free inside and he dispatched a superb finish to the Granemore net.

That strike would help Cross’ go on to hold a commanding 1-9 to 0-4 lead at the break and they’d the lead up to nine early in the second-half thanks to another point from McConville.

To their credit, rank underdogs Granemore never threw in the towel as Jason O’Neill, Ethan Rafferty and Louis Hughes all sailed over points that kept them in the contest.

However, having lost the last two finals, the victors weren't going to be denied here and answered back with four points without reply via Dara O’Callaghan, O’Neill, McConville and Ronan Fitzpatrick prior to cousins O’Neill and McConville adding a couple more to seal their team’s victory.

Rian O'Neill was too quick for the Granemore defence (and our camera 😅) but what about the finish from Caolan Finnegan! 🚀