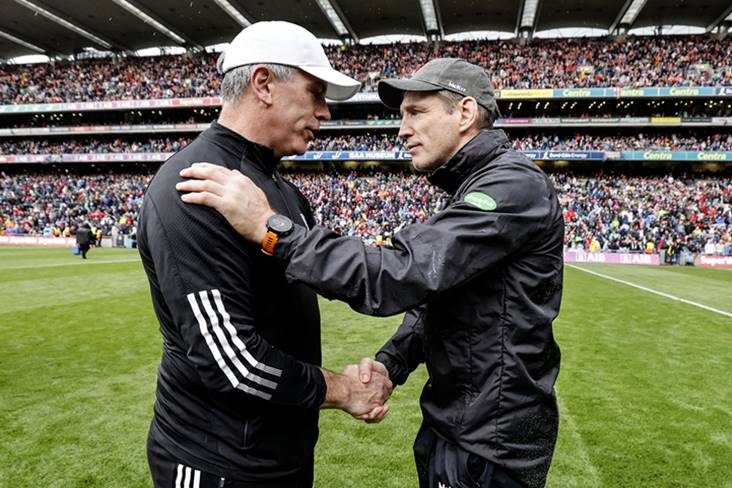 Despite coming out on the right side of one against Armagh in their All-Ireland SFC quarter-final clash at Croke Park this afternoon, Galway manager Padraic Joyce has slammed the "disgraceful" decision to allow penalty shoot-outs to decide GAA games that end in stalemate.

Penalty shoot-outs (originally a free-taking competition from 45m line in football and 65m line in hurling) were introduced to the GAA to help alleviate fixture congestion. The ‘Winner on the Day’ procedure comes into play if extra-time can’t separate teams after they were level in normal-time but the All-Ireland senior finals will continue to go to a replay.

"It's a horrible way to lose it and that's not the fault of the Armagh players, it's the fault of the GAA and the condensed season," Joyce told RTÉ Sport after watching his side convert all four of their penalties to win the shoot-out 4-1.

"My heart goes out to Armagh. Kieran McGeeney and the boys have put in a savage effort; they have been the form team and their supporters brought fantastic colour down here today. The roar when Rian O'Neill levelled the game in normal time was deafening.

"It beggars belief as to why we couldn't have had a replay next weekend. That might sound simple for me to say because we won the game, but that was my over-riding feeling at full-time."

He added: "To decide the outcome on a penalty shootout.... we're not soccer, we're GAA. To me it's disgraceful it had to happen."