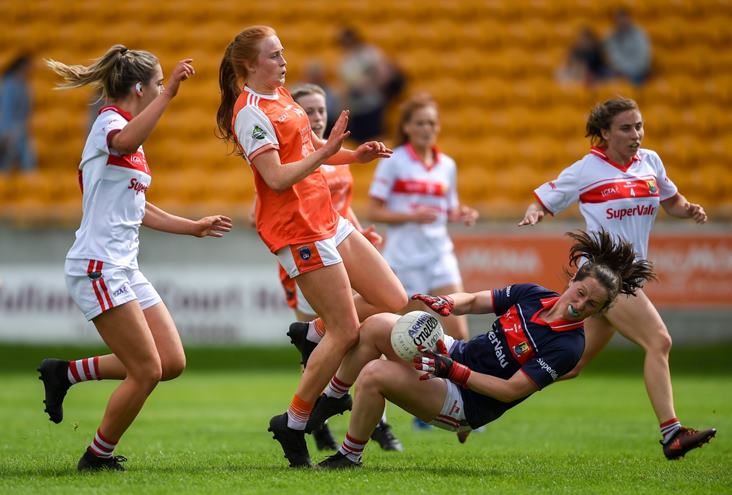 AFLW side Melbourne have confirmed the signing of Armagh star Bláithín Mackin for the 2022 season.

The 23-year-old is set to join Dublin’s Sinead Goldrick at the club once this summer's TG4 All-Ireland senior football championship concludes.

“Blaithin is a very exciting prospect for us to bring over and develop, post the conclusion of her Armagh season.

“We are really open minded as to where she will settle on the field however, she does look to have some natural instincts suited to the forward half.

“Blaithin comes from a great GAA family with numerous siblings that have helped develop her into a very impressive young woman.”

Mackin’s sister Aimee, who was crowned Footballer of the Year in 2020, has been linked with a move Down Under but recently dismissed that speculation by telling RTE Sport “playing Gaelic is the priority for me at the minute”.

Gaelic football at its finest. 👌

We're excited for our newest recruit to touch down in Melbourne! 😍