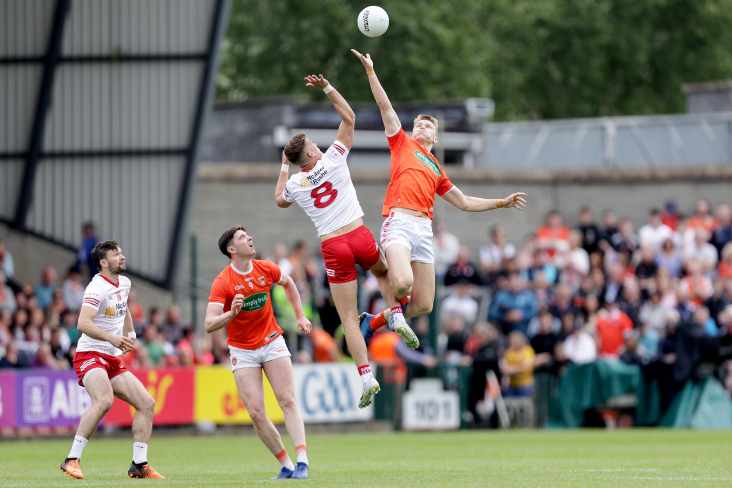 Oisin McConville believes Armagh, Galway, Derry and Clare all have a realistic chance of reaching the All-Ireland SFC final.

The quartet are on the opposite side of the draw to big hitters Dublin, Kerry and Mayo, with Clare taking on Derry and Armagh facing Galway in the All-Ireland quarter-finals.

"Those four on that side of the draw will see this as an unbelievable opportunity to at least get to an All-Ireland final," the former Orchard County sharpshooter told BBC Radio Ulster's Sportsound Extra Time programme before giving his views on the Armagh v Galway last-eight clash.

"Galway are a bit like Armagh in that their six forwards from 10 to 15 are very capable and cause a lot of problems. Whichever defence can nullify their opponents best will go a long way to deciding the outcome."