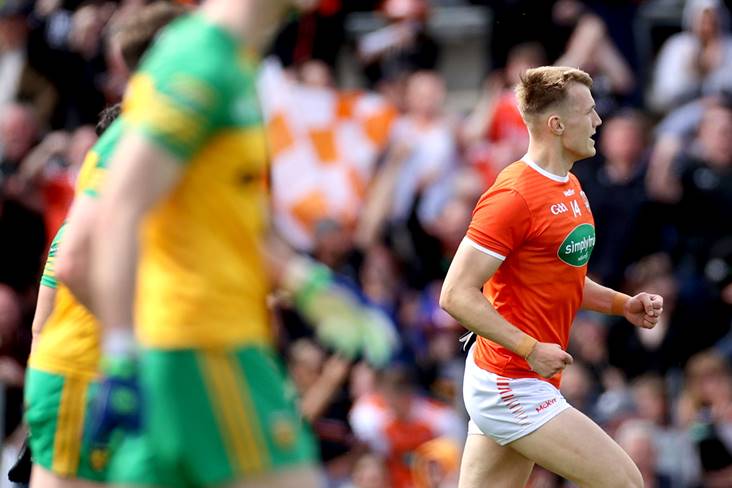 Oisin McConville believes Armagh have nothing to fear after their dismantling of bogey side Donegal yesterday.

Revenge was sweet for Kieran McGeeney's charges who had lost to the same opposition by seven points in the Ulster SFC on April 24. The in-form Orchard County can now look forward to an All-Ireland SFC quarter-final against Galway on the weekend after next with the winners facing either Derry or Clare in the semi-final.

"That was a big monkey off their back," McConville said on RTÉ's The Sunday Game.

"Psychologically, Armagh have not had a good run against Donegal. That has flip-flopped in the last 10 years to where Donegal were. Today was a huge win for Armagh. There's been a real change from how we went about it in the league. Yes, there was a little bit of a drop off.

"That increased belief, and that couple of early wins - Dublin and Tyrone - is the springboard for where Armagh are today."

The 2002 All-Ireland winning forward added: "They went to Ballybofey and they would have been hugely disappointed to go out with a bit of a whimper. They learned a lesson against Tyrone last week, they were a lot more open.

"When people see the forward line that Armagh have, and they damage that they did today, they'll realise they're a match for anybody."