'Armagh fans have always been brilliant' 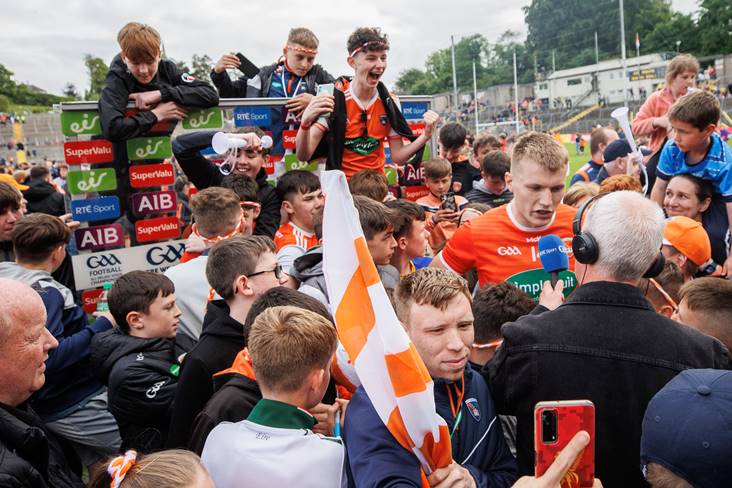 The Orchard County fans descended on Clones in their thousands to cheer Kieran McGeeney's side to an eye-catching 3-17 to 0-16 victory and a place in the All-Ireland SFC quarter-finals against Galway.

"I suppose this is what the Armagh fans have been waiting for for a long time," the attacking wing back told BBC Northern Ireland.

"Armagh fans have always been brilliant. They just needed something to get them going and thankfully we gave them that something today.

"Even from hearing people (out there on the pitch), they are all looking forward to getting to Croke Park."

Burns, who chipped in with 0-3, was delighted to turn the tables after Donegal had knocked Armagh of the Ulster SFC six weeks earlier.

"They really did embarrass us the last day," he said.

"It really did hurt. After a good league to give that performance wasn't good enough. We did feel pressure coming here today to rectify that and thank God we did that."